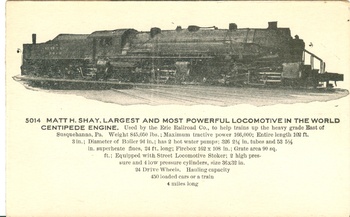 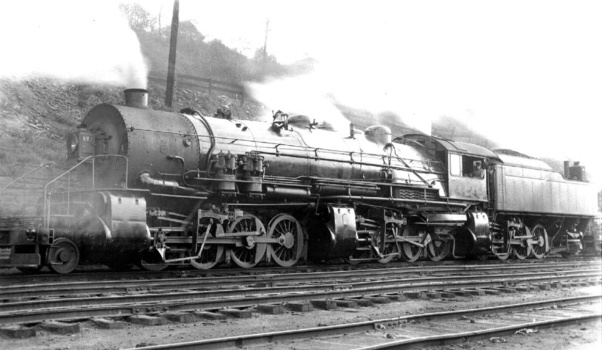 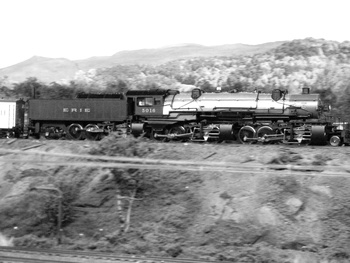 While the UP 4-8-8-4 Big Boys were impressive and very successful, they were not the most powerful steam locomotives ever built. The Erie Railroad constructed 3 of these 2-8-8-8-2 behemoths in 1914, about 30 years before the UP 4-8-8-4. They were way ahead of their time and as a result they never reached their full potential. Even though the boiler was huge it could not provide enough steam for the 6 cylinders for extended periods of time. Also, couplers and drawbars at the time were not strong enough to withstand the pull. As a result these huge locomotives were assigned to pusher service over Gulf Summit, PA after failing as road engines. All were scrapped by 1929. There are models of these locomotives available in both HO and O scale. The picture on the right is the O scale version. 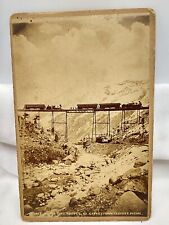 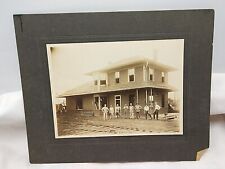 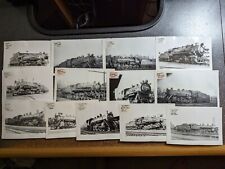 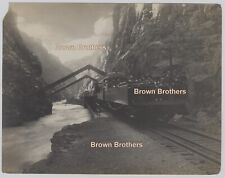