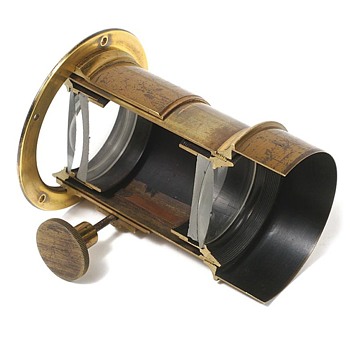 In many of my camera posts I mention the greatness of Petzval portrait formula lenses and thought it would be worthwhile for the CW folks to learn about this milestone of optical design. Regardless, this is really cool. The image isn’t mine and I wish I owned the sectioned lens shown here. A close friend, collector and well known camera optics historian commissioned the sectioned lens and took the picture. Unfortunately, he doesn’t recall where the lens went when I recently asked about buying it. Dang!

Sometime in 2000, we got into a deep discussion about Petzval optics which resulted in an early, nameless (generic) 1850s lens sacrificing itself for the cause. Don’t fret, it wasn’t a good lens and is now more interesting as a display piece than it was for actual photography.

In summary, the Petzval design is made of four 'cells' (lenses); a cemented pair at the front and an air-spaced pair at the rear. The design appears deceptively simple but nothing could be further from the truth. So ... a bit of history and a story.

In a nutshell the purpose of a lens is to bend light rays just the right amount so that they all meet exactly at the same point and on the same plane. This goal is better achieved with today’s incredibly complex optical designs. Easily said but it’s really difficult to design optics to get rid of all those nasty bugaboos of distortion, chromatic aberrations (correcting a problem in getting each color of light to focus at the same point) that impact overall sharpness, and so forth.

Today’s computer designed lenses are highly corrected and quite good. Although lenses have been around a long time, creating a permanent image (as opposed to looking through a telescope or microscope) uncovers all sorts of problems. Opticians sought image perfection by improving methods of grinding glass into precisely calculated curvatures, combining different lens types, manufacturing different forms of glass material, etc. It was largely a laborious trial-and-error process.

As an aside, the earliest properly designed lens, the 1812 Wollaston Landscape lens, was still being used for inexpensive film cameras well into the 1990s! Furthermore, the basic 1840 Petzval formula was widely used until about 1920.

A key problem uncovered soon after the 1839 announcement of the first commercial photographic process was that lenses were extremely ‘slow’. This means that the optics could not gather large amounts of light. The first commercial lens for daguerrian photography was a lowly f/15 aperture equivalent. Additionally, the first daguerreotype photographic plates (polished copper sensitized with a layer of silver) did not have a great deal of light sensitivity. The dilemma was low light gathering lenses plus insensitive plates resulting in excruciatingly long exposure times lasting anywhere from minutes to sometimes hours. This limited the earliest photographs to still objects yet interest in portraits was huge. Hence a problem: Even with the aid of stands, braces and specialized furniture, it simply wasn’t possible for anyone to sit still for these really long exposures.

The invention of Petzval’s lens is an interesting story of its own. Recognizing this predicament, the Society for the Encouragement of National Industry offered a prize for the creation of a faster lens. In Vienna, A. F. von Ettingshausen (1796 - 1878 ... a university professor) asked his colleague mathematician Joseph Petzval (1807 - 1891) to try designing a lens. Petzval had no experience with lenses but within six months completed the challenge. The result was an f/3.6 portrait lens with roughly 20x more light gathering power than what was currently available. The first sample was produced in May 1840.

A classic Petzval portrait formula lens produces pictures that are sharp in the center and gradually get softer toward the edges. While this doesn’t sound all that great, it was a good thing because the portrait itself was reasonably sharp and tended to hold back the background. In other words, attention was drawn to sitters' faces. Precise focusing was assured by using a focusing knob built into the brass barrel.

While there is a small group of photographers dedicated to old processes and early portrait lenses, contemporary digital photographers continue to discover the beauty of images made with lenses based on Petzval formula optics. 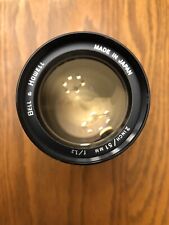 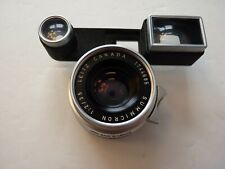 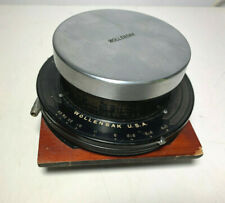 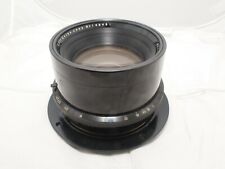