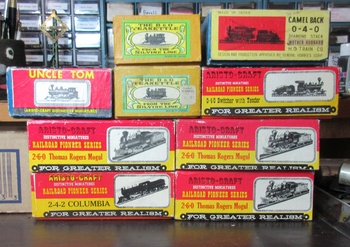 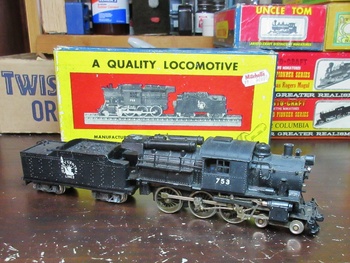 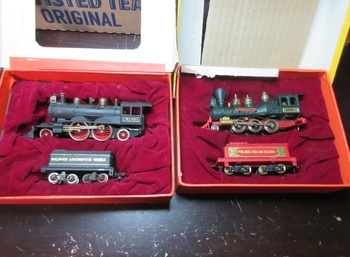 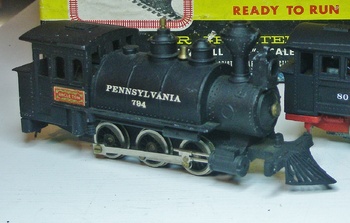 First-
Just some original boxes, Aristo-Craft, GHC, and Silvine.
Next-
HO Train Co, 4-6-0 camelback.
next-
A Aristo-Craft Columbia 2-4-2, the model of a Baldwin locomotive which after it was built was sent and displayed at the Columbian Exposition at Philadelphia. Also to the right is a Aristo Craft 2-6-0 Thomas roger locomotive. It was sold in five different road names. Chicago and Rock island, Philadelphia and Reading, Union Pacific, Central Pacific, and Camden and Amboy.
next-
The 0-6-0t Pennsylvania Railroad Uncle Tom. also made in Baltimore and Ohio named Uncle Tom. Also a central Pacific roadname was aviable with a difference. The name on the sticked under the cab side windows is Uncle Sam. Aristo-Craft.