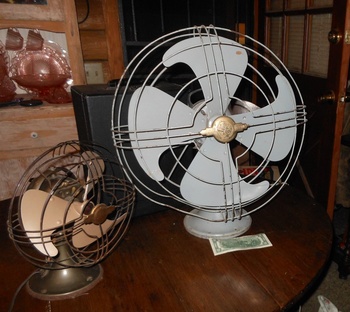 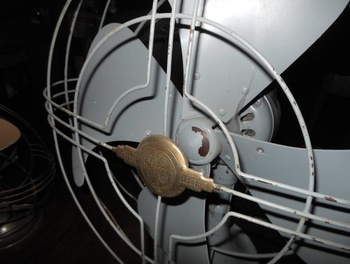 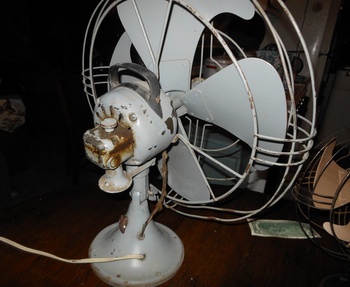 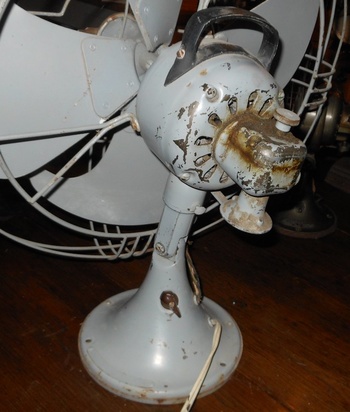 Possibly the most powerful of my fans. At full speed it knocks over pots and pans and anything else weighing less than a pound. May knock over a few other things weighing more depending on the shape. If I recall correctly it has three speeds.
Sadly the name plate has been painted over so I can't tell the model number. GE made the Vortalex in the 16" blade size until 1950 although later models had a different badge. Did see one model with the same badge made from 1946-1947. Could be earlier, there are subtle differences between the different models.
The battleship gray color is not unusual with these fans although I have not seen another in this color with the brass badge. Aside from the name plate being painted over the badge and handle do not have signs of being repainted so I think it is the original paint.
The oscillator device is rather massive. 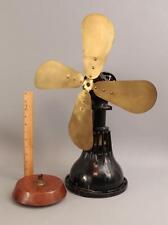 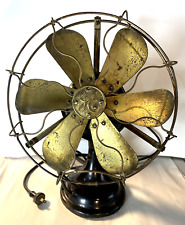 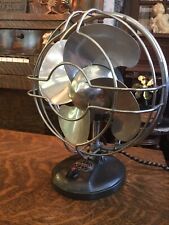