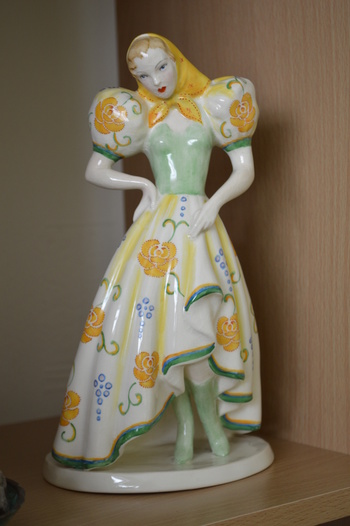 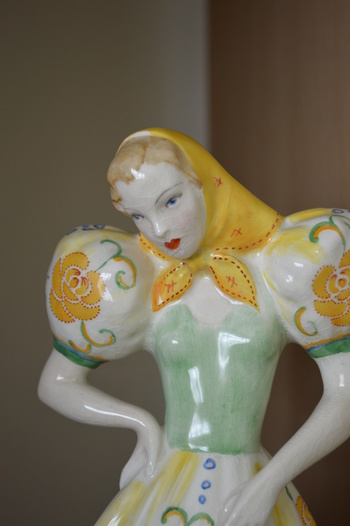 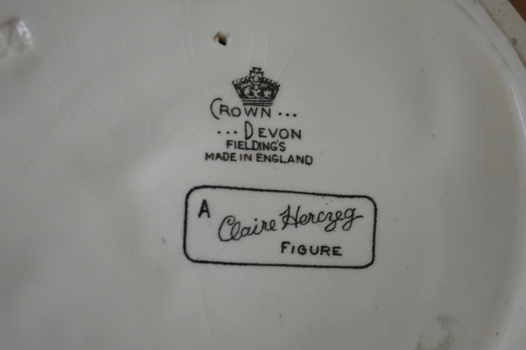 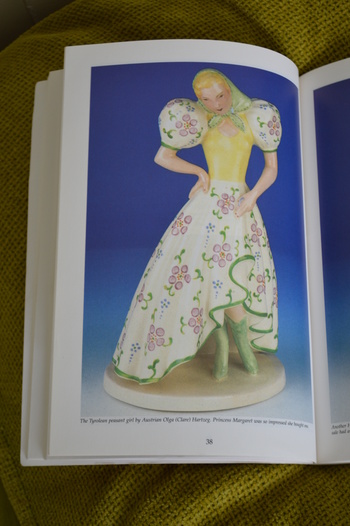 Fieldings pottery produced numerous Art Deco figures from the late 1920s and during the 1930s. They were exported all over the world. The modeller of this figurine was a young woman Claire Herczeg (in Ray Baker's book she is called sometimes Olga Herczeg, but the signature on the bottom always says Claire). She modelled some other Crown Devon figurines. I was wondering is she the famous Hungarian sculptor Herczeg Klara (1906-1997)? I read she spent her younger years mostly abroad, in the late 1939 she spent some time in London.
I got this figurine from ebay, quite cheaply, even with the postage fee - it was sent from the US. In the 80s and 90s the Herczeg figurines commanded a very high price - near to $1000. Mine was cheap maybe because it had a restoration on the bottom. 9.5'' tall (24 cm), I think she is beautiful.