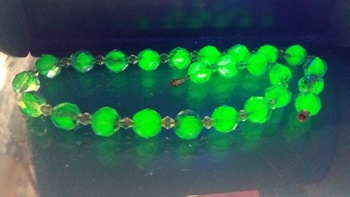 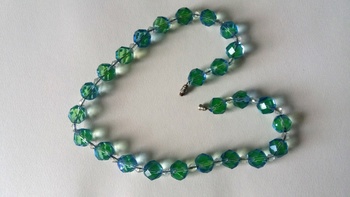 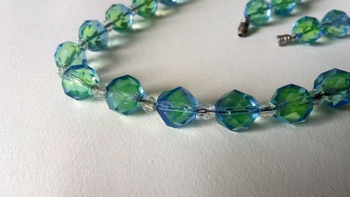 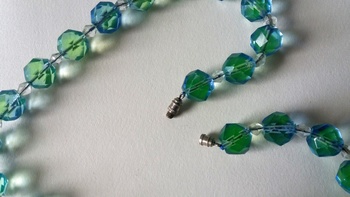 I picked these out of the family collection because I thought they were slightly unusual, pretty beads - pale green in the middle with pale blue around the outside, and clear spacer beads. The colour of the main beads are a bit darker in my photos than in real life.
They're strung on a silvertone chain with a barrel screw clasp. It's 45cm long, with each of the large beads being around 12mm. The necklace weighs 58g.
Looking online, I found one or two similar necklaces which said they were uranium glass, so I tested this under a UV light and they glow!
I think 1930s would be accurate from the age of the family member who owned them, and from the online descriptions I've found. 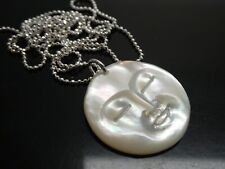 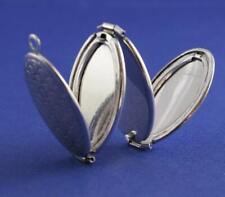 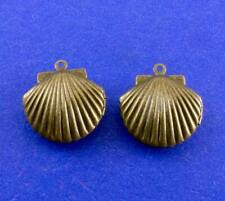 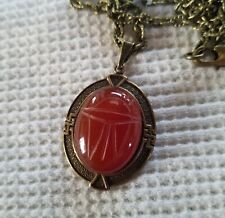