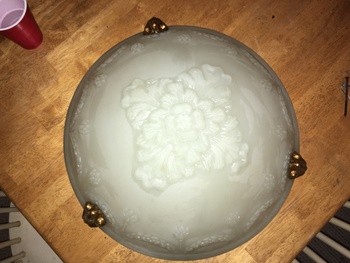 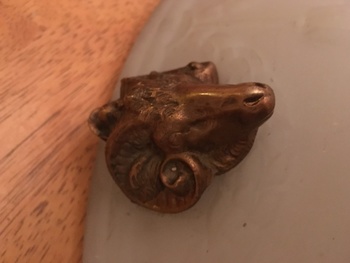 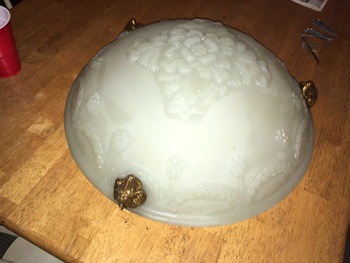 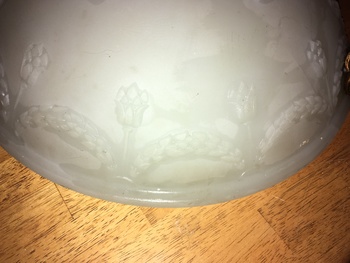 This shade is exquisite and ornate along with 3 brass Rams heads that weight 12oz a piece and three 5' long 1/4 " thick brass chains that attach to an ornate brass top piece that secures to the ceiling. The light itself takes a 300 watt bulb and has brass housing. The top rim states Jefferson 6030.
This piece is one of four that came from a bank robbed by Ma Barker and her boys in 1932, in Fort Scott, Kansas and got away with $47,000.She was dubbed the "evil genius" and was part of the John Dillinger AKA" public enemy number one". She and her boys were shot less than a year later in Florida in the FBI's longest shootout in history. I can't help but think the barker gang had to have noticed theses beautiful lights 18' up as they lit the chaos unfolding. In 1933, tear gas systems were installed at the teller booths by Federal Laboratories. I'll post the system which I have disarmed now, at a later date.