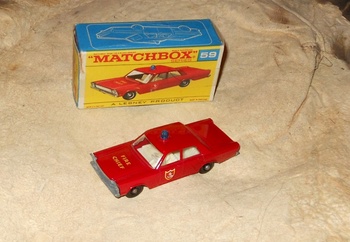 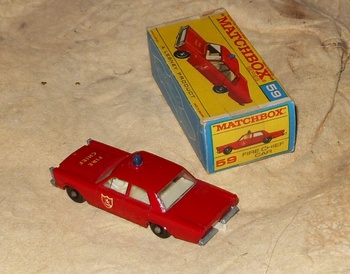 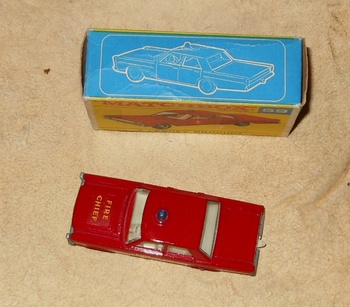 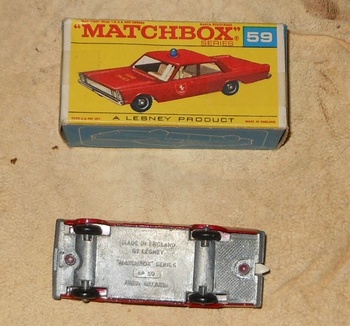 This version of the Fire Chief Car was first released in 1966. As this model has the F Style Box it was either made in 1968 or 1969. It replaced the Ford Fairlane Fire Chief Car.
The Fire Chief Car was the same as the #55 Police Car. The earlier Models have 55/59marked on the underside. This was is marked only as the 59. The Police Car was the same casting but had a different paint scheme and decals. There were a few models from this rea that shared the same casting but had different plastic parts or other pieces.
The Fire Chief led the way for the other fire trucks. I have a fire station which will be seen eventually.