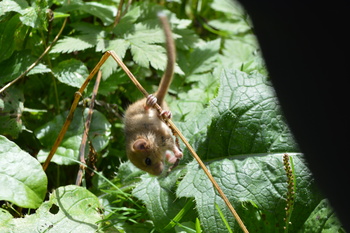 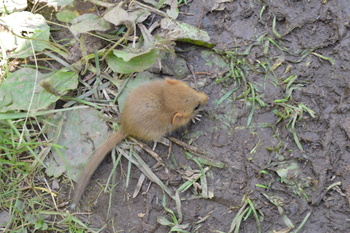 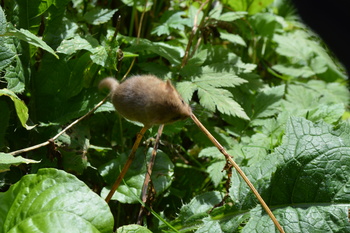 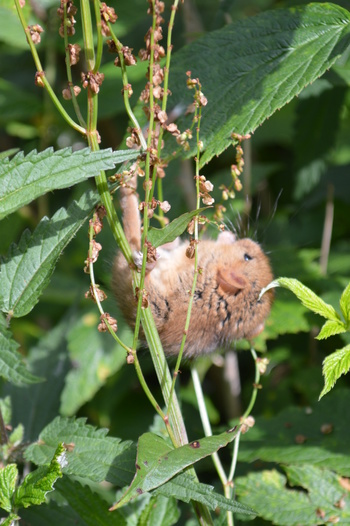 Currently I am on holiday back in my home country, Slovakia. We are visiting the High Tatra mountains, by the way my favourite place.
Today we went out for a short half day hike into one of the valleys. On one forest clearing by the trail we spotted a dormouse. This dormouse gave us a spectacular show. He jumped out from the grass onto the trail, was rolling around, chased his tail, climbed up and down plants in seconds, made acrobatic moves - front of our eyes !!! He was even running around our shoes, we had to be careful not to step on the tiny animal. It looked like the little fella is doing this all for us to see.
On the beginning I was bit worried about the dormouse, I thought maybe he is ill. But later it become clear there is nothing wrong with him. My husband picked him up, put him into the undergrowth where at least nobody can tramp on him. Few seconds later the dormouse was on the top of the tall grass, eating the seeds with big appetite - 4th pic.
I read the dormouse is a shy, nocturnal animal. Not this one!!! It happened early afternoon. And he surely was not shy! He was full of energy and playful, probably very young.
I love walks in the nature, but only once before I caught a glimpse of the dormouse tail. So this sighting today /lasted between 5-10 min/ was an incredible event for me.
I made many pictures about it, but mostly they are out of focus. The dormouse was so speedy, he looks blurry on most of the pics. I think these photos are the best from the all what I took.