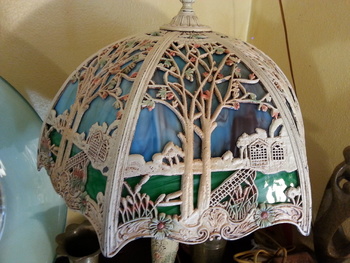 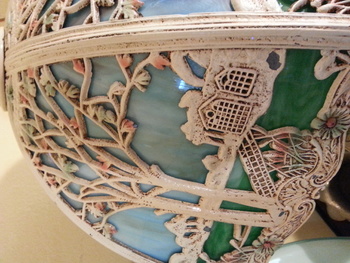 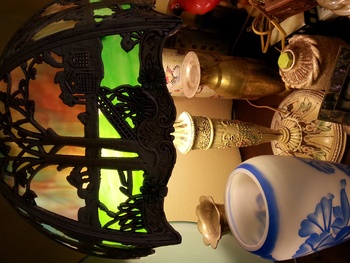 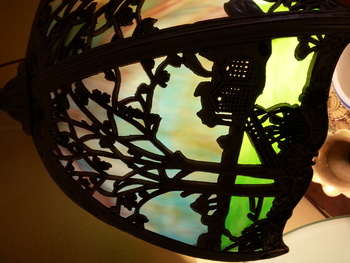 After getting my butt kicked at a local auction on a slag glass lamp I went on eBay and found this Salem Brothers lamp. I had seen this same shade in base metal on eBay in the past, and this was the nicest one I had seen, though the photos were poor, and the description spare, I thought it was worth hitting. I sniped it at the last second with a strong bid and waited anxiously for the package to arrive.
I was not disappointed. The lamp looks as good unlit as it does when lit. Each of the six panels depicts a cottage on a pond, with cattails growing up from the bottom and a cottage in the background right with a dock.
Though very dirty, the original paint was mostly intact, except for a few spots on the base and some chips at 3 of the corners of the shade. The pattern of the base matches the shade, and is cast iron. The base is marked underneath Salem Bros. NY, and I was able to trace the company to New York City from 1898-1922, then in New Jersey from 1922-1931 where the trail disappears. It's likely that they were another victim of the Depression.