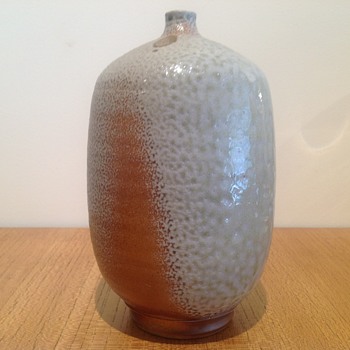 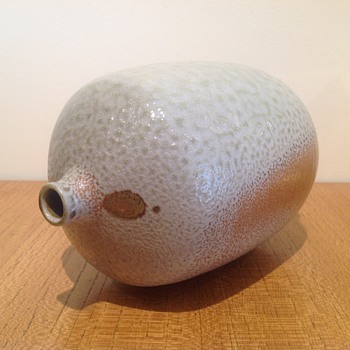 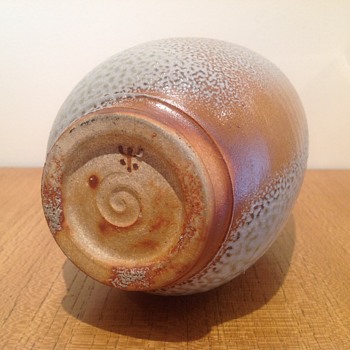 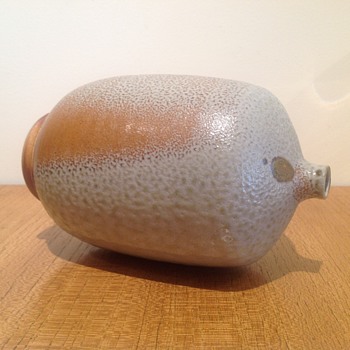 Over the years I have had quite a few pieces from this Australian pottery. I never knew their identity but I recognised the style and underneath was the mark that eluded me for years.

Then the people at Bemboka provided the solution.

"Jim Tyler (1932-2001) was a teacher, potter, painter and architect based near Gosford, NSW. He studied architecture at Cape Town University, graduating in 1956,then practiced in Zimbabwe and London, before migrating to Australia with his wife Jean in 1959. They settled in Wollongong, then Wagga Wagga, where they both studied pottery in 1969 at the Wagga Wagga Technical College. During the 1970s they relocated to the Gosford area and set up a production pottery, producing functional ware and ceramic sculptures with characteristic sgraffito decoration and soda ash vapour glazes. They marked their work with a painted T shaped like the Greek letter Psi, accompanied by two dots. From around 1977, Jim started to paint regularly and was engaged as artist in residence at Brewarrina NSW in 1987. The couple have entries in the 1977 and 1981 potters' directories, and a retrospective exhibition of Jim's work was held at Gosford Regional Gallery in 2004."