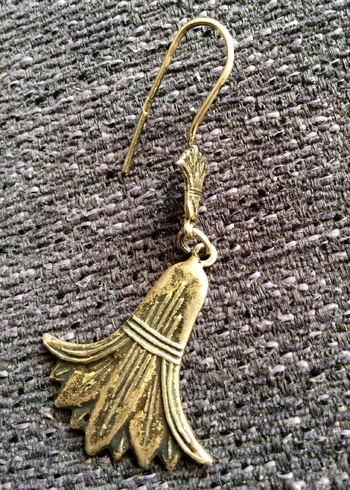 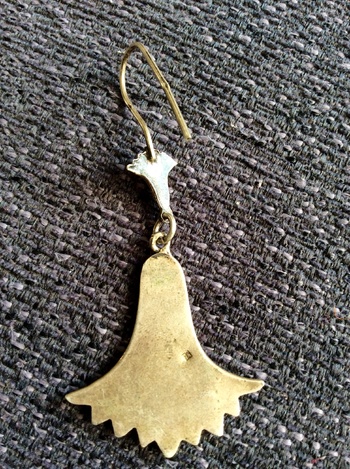 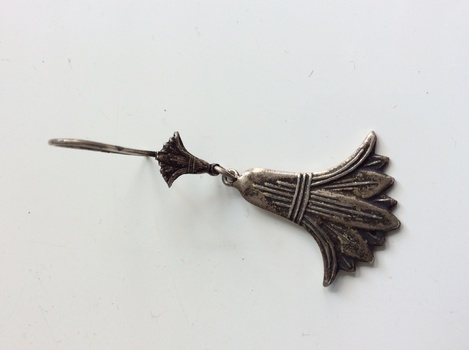 So this was another find from yesterdays flea market: a 1920's silver Egyptian revival Lotus flower earring!
This is a real beauty, and a substantial height too! Sadly, there is only one (1!) earring: it lost its mate.
The good news is I got it for free! :-)
Egyptian revivals were the times when all things Egyptian came into fashion. The first main Egyptian revival took place in circa 1870 following the opening of the Suez Canal. The second Egyptian revival occurred in the 1920s following the discoveries of King Tutankhamen's tomb.
The Lotus flower in ancient Egypt was a symbol for the sun and rebirth, because they believed the flower sank into the water at night, and in the morning it re-arises.
Its such a shame it cant be worn without the second earring, so I think I might turn it into a pendant.
What would you do with this beauty? Anyone can read those stamps?
Thanks for looking!