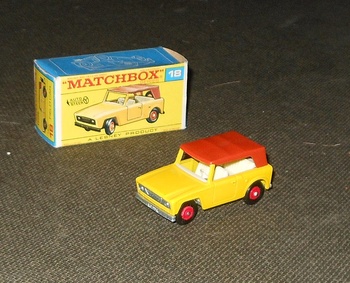 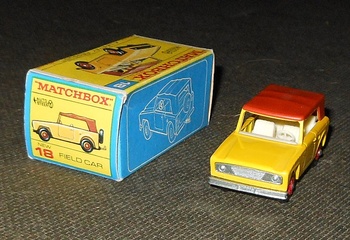 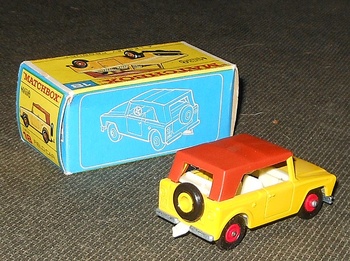 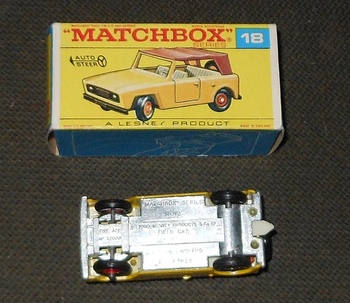 This car is easy to date as it was first released in 1969. The box is the F Style which was the type of box used in 1968 - 1969. In 1970 it was converted to a superfast model with inappropriate mag wheels. Was probably painted metallic purple eventually. After 1969 Matchbox becomes dead to me.
Anyway this is an International Scout Car although International was not on the car or box and it is just called a Scout Car.
Looks like an early SUV.