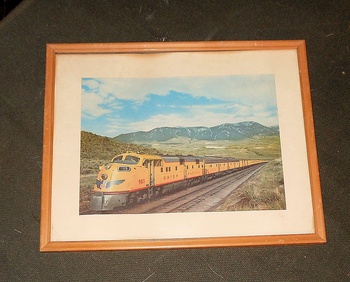 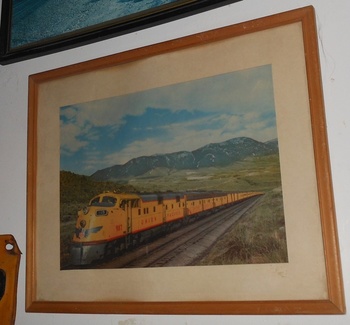 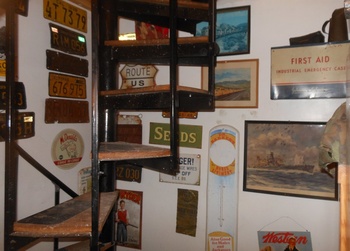 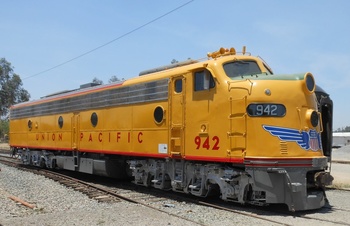 Union Pacific 987 was and EMD E6A built in 1941. It went through two other road numbers until being numbered 987 in 1948.
In this photo print it is pulling a long passenger train assisted by two B units. B units were locomotives with no cab. The B units costs less and added to the streamlined look of the passenger trains. Union Pacific and Santa Fe were big on the B units.A
Got it up on the wall in photo #3. Photo #4 is a similar E8A. 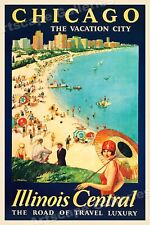 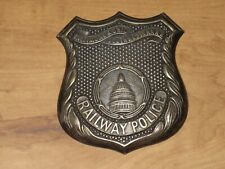