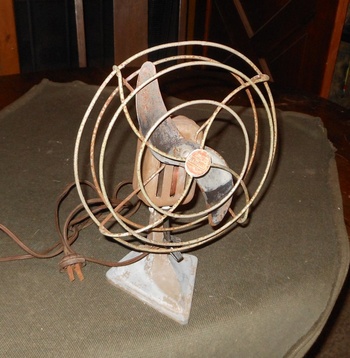 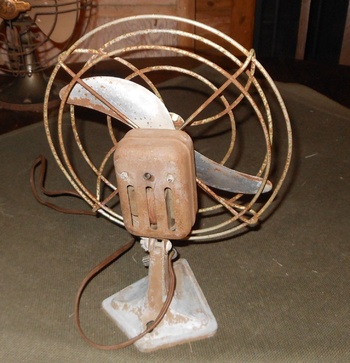 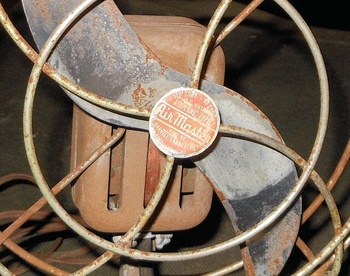 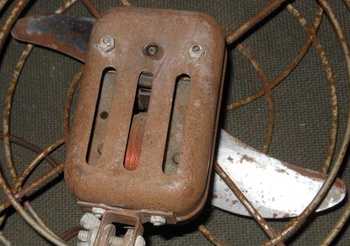 This old fan caught my attention with the rectangular motor housing. All the other fans I have seen have a round motor housing.
It is an 8" fan made by Darnell Laboratories. This would be a drug store fan. The department stores were selling Westinghouse and GE fans along with Robbins and Myers.
I saw some sellers saying this fan in from the 1950s but I am thinking 1930s. 1950s fans had stamped metal bases as far as drug store fans go. I would say193s as the base is cast iron.
Also of note are the airplane style blades. Made to look like an airplane propeller. More for style than function. 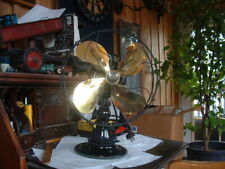 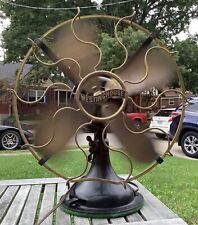