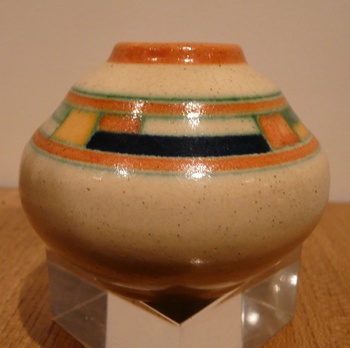 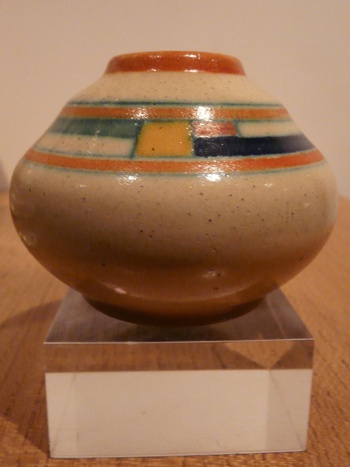 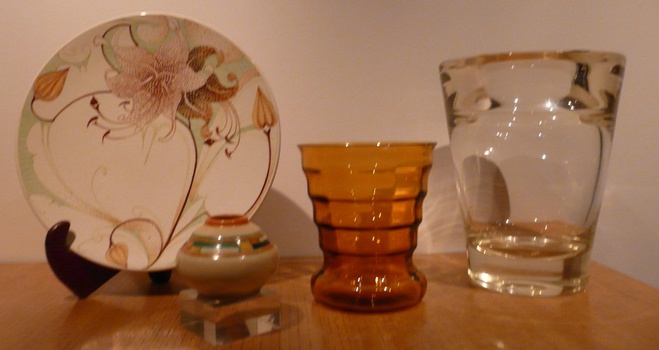 A vase from the north of Holland. It dates from 1929-1932. It was painted by JG van Vliet on a design by Elke Snel. At the time these vases were very avant-garde and are part of the De Stijl movement in the Netherlands. The influence of Mondriaan can be seen in those blocked shapes of colour that the Dutch call "blokjes". It is small only 7cm tall. But it is one of my favorites!
This factory later produced the vase by Gellings that I have on Show & Tell as well.