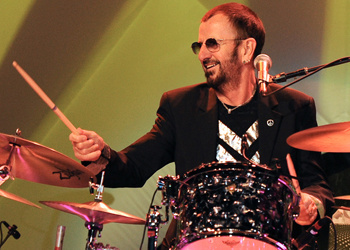 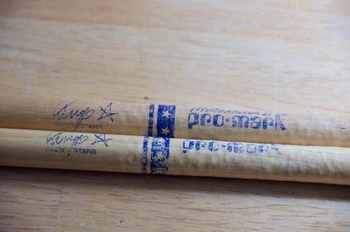 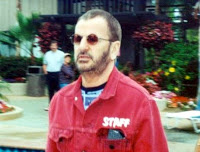 A pair of Pro Mark drumsticks used by Ringo Starr at Humphrey's in San Diego on June 25, 2000 while on tour with his All-Starr Band. The sticks show marks and nicks from Ringo's use. They are made of American hickory and were custom made for Ringo and not available to the general public. The band members on this tour were...Ringo...Eric Carmen...Jack Bruce...Dave Edmunds...Simon Kirke...& Mark Rivera.