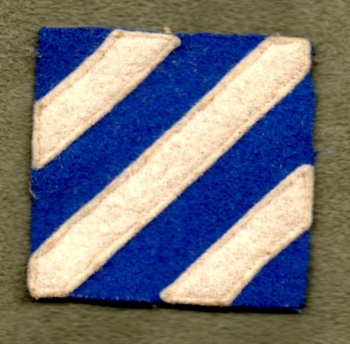 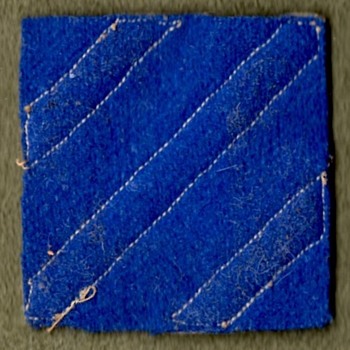 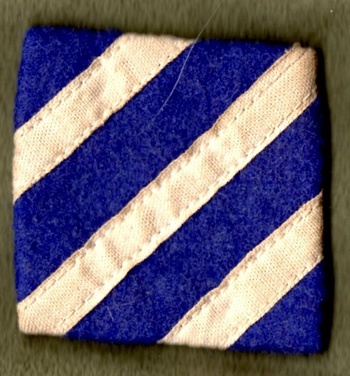 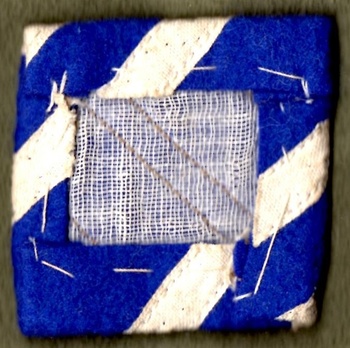 The WWI 3rd Division was a “Regular Army” Division, made up of existing elements of the pre-war army. In July 1918 it was deployed along the Marne River, protecting against an advance on Paris when the Germans launched a major offensive. While adjacent units retreated, the 3rd Division held their ground, earning their nickname "Rock of the Marne". The color blue represents loyalty. The three stripes refer to the Division’s number and later, the three major WWI campaigns it participated in.

The First patch is a “felt-on-felt” version that likely dates before WWII. This is the style of construction for US patches that began with the First World War, but then continued to be manufactured in the post war period. By WWII machine embroidered patches were rapidly replacing these, but I have seen WWII jackets with felt-on-felt patches. This one is two inches across. WWI versions of the 3rd Division patch tend to be a bit larger.

The second patch is also a pre-WWII patch, or possibly an “in-country” manufactured patch purchased while stationed overseas. Instead of felt, the stripes are made of cotton ribbon. The edges have been folded over and crudely sewn in place. What makes me think it was not WWI manufacture is the white net-like backing you can see in the center of the back of the patch.