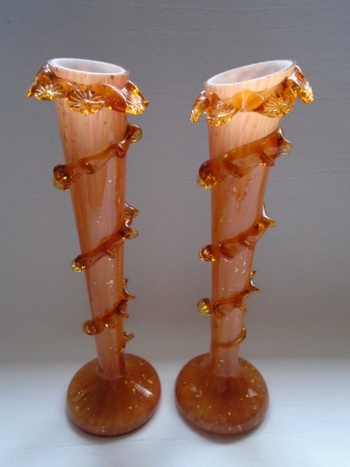 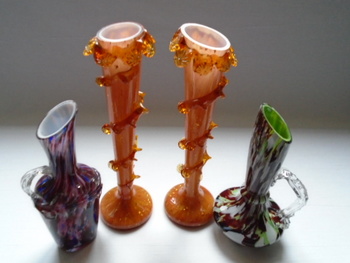 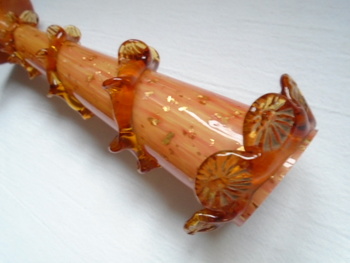 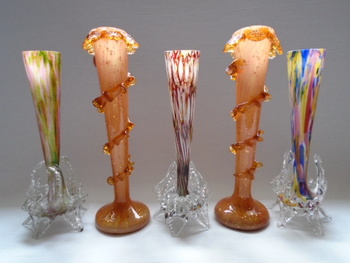 I bought these vases quite a while ago, again thinking they might be Welz, based on the daisy crimps and the rims being cut on the slant. The décor is yellow and pink with mica inclusions which when cased in amber look yellow/gold.

Image three shows the crimp in detail, a crimp pattern found on other Welz pieces. It also shows the the underlying décor which is pink and yellow.

Image four shows the vases with smaller Welz vases of the same shape. The rigaree around the foot makes it difficult but the foot is best seen on the vase to the right.

With Craig's help in identifying the green vase posted previously I'm a little further on. I now know that Welz did put mica under an amber casing and they did make this shape in at least one other size. However I still have not found another example of this décor in a known Welz shape.

Thus this pair must remain ?Welz?