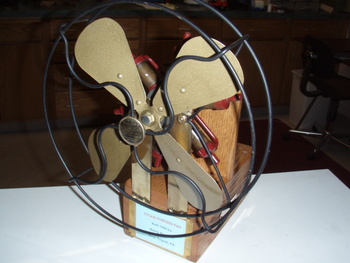 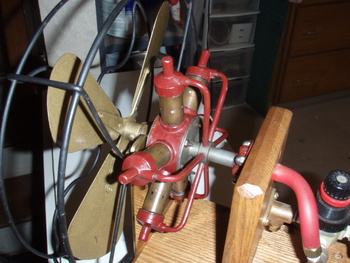 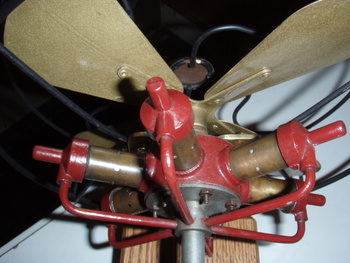 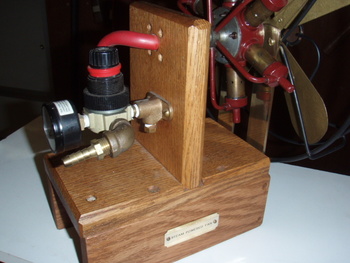 I built this five cylinder radial steam engine in 1990. I originally had a 9" airplane prop on the engine and for the past 26 years it was displayed as a steam powered airplane engine. I got it down from my display shelf yesterday because I realized that a steam powered engine for an airplane was a tad unlikely, even bordering on a bit ridicules (I tend to be a slow learner).
I decided to modify it from an airplane radial engine, to a steam or air powered fan. I had a 1917 North Wind fan that had the wiring too deteriorated to restore so I used the fan blade and the blade guard on my engine and turned it into a steam powered fan operated by a radial engine.
The cylinders rotate as fast as the fan blade and makes for an interesting display. I presently have it set-up to run the engine on compressed air as can be seen in the photos, but, it is fully capable to be run on steam.
My wife says that I have too much time on my hands.... the nerve!