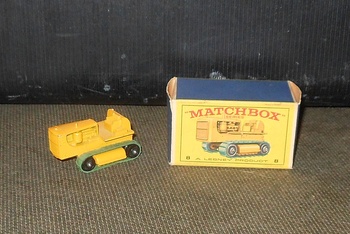 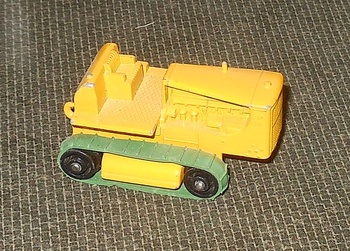 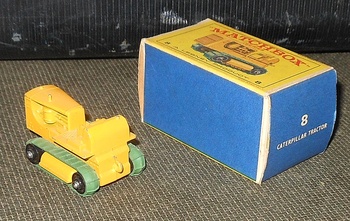 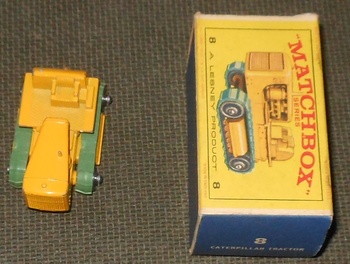 The Matchbox Caterpillar Tractor was introduced in 1964 and was in the line-up for only two years. It was replaced in 1966 by the Mustang Fastback. This is an early version with an early E1 Style box. Another version of the box appeared in the later half of 1964 so this model is from early 1964.
Very similar to the MB-18 but this model had no dozer blade or shovel. It just has a tow hook. It is just a beefy little tractor.