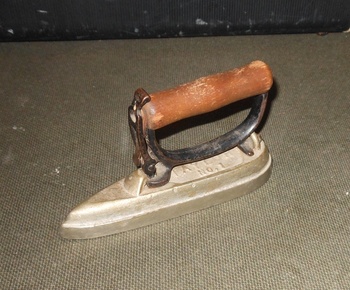 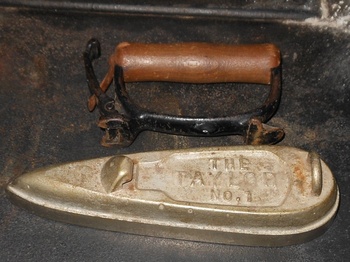 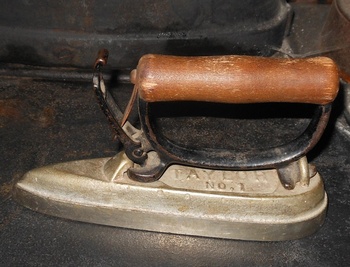 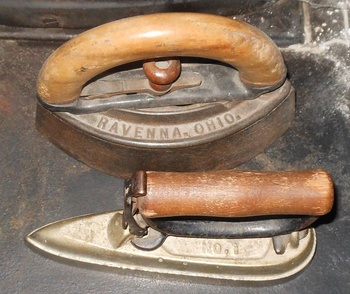 A rather interesting sad iron as it is quite narrow. For ironing a rather narrow area apparently. It weighs 2 1/2 lbs without the handle.
It is The Taylor No. 1 which was probably the smallest of the line.
Another unusual feature on this one is the detachable handles. Detachable hands are common on irons of this sort but this one is a bit different. Due to all the various patents anyone who wanted to make an iron with a detachable handle had to have a different idea so as not to infringe on the other patents. With this piece one pushes forward on the lever on the front of the handle.
The detachable handle was popular as the iron could be heated and the handle still remain cool. Another iron could be heated while one was ironing. When one iron got to cool the handle could be switched to another iron.
Having to guess on age here. Late 1800s to the 1930s.