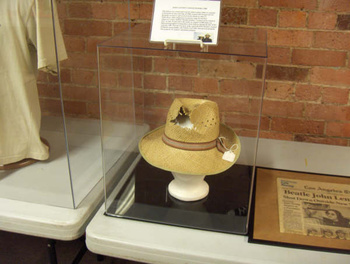 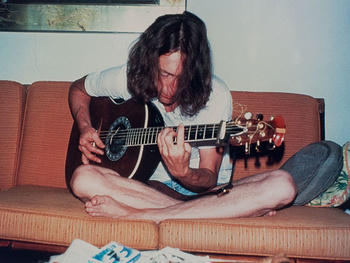 This straw fedora hat was owned and worn by John Lennon while in Bermuda in June/July 1980. Lennon sailed out of Newport R.I. on June 4, 1980 from Murphy's Dock . He stayed 2 months,worked on new material,and finished up old songs. He returned to New York City on July 29, 1980,and returns to the studio for the 1st time since 1975 on August 4. He will stay until Sept.20,where he is working on his last album,"Double Fantasy". The hat was sold thru Christie's Auction House.