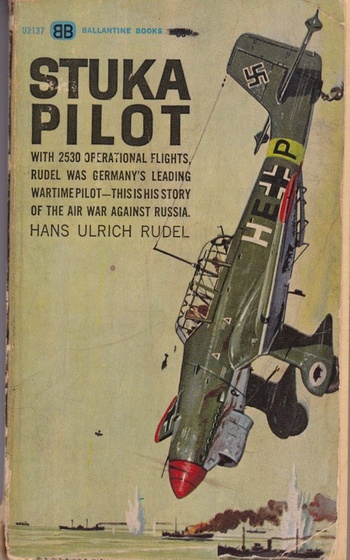 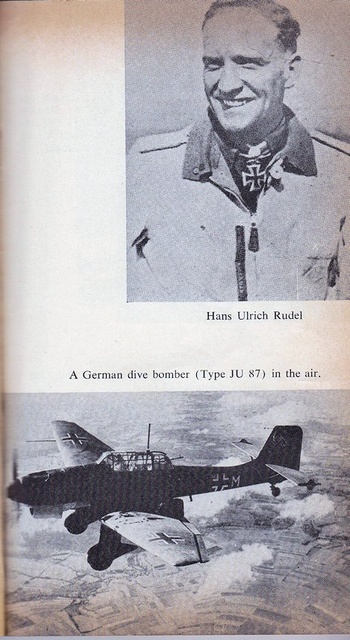 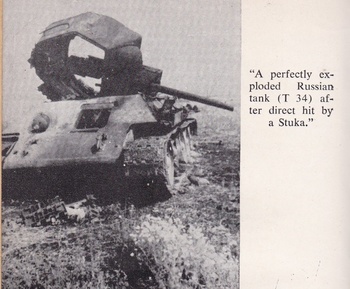 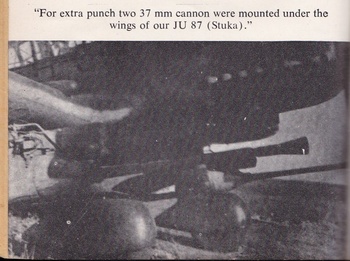 In a mood for scanning rather than taking photos. This is a paperback book about Stuka pilot Hans Ulrich Rudel. In WWII he was Germany's leading Stuka pilot with credit for many knocked out tanks and one battleship.
The Stuka was pretty much removed from the Western Front after 1940. But it battled on the Eastern Front after that until the end of the war.
To note on the photos there is no evidence I can see that the Russian tank was knocked out by a Stuka. Whatever knocked it out hit the ammunition causing the turret to fly off. Maybe a Stuka did it maybe not.
The 37mm cannon in photo #4 were quite cool looking. I'll have to reread the book but I don't recall Hans Rudel using a Stuka armed like this.
This book was first published in 1958. The last date on this one is 1963. It has great artwork and lovely yellowed pages. Would not be the same as a digital download.