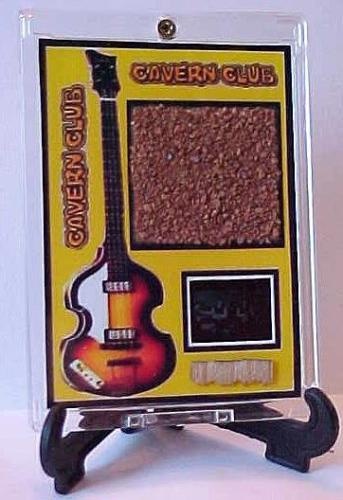 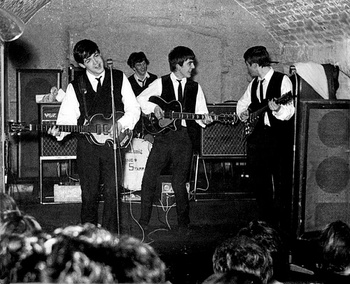 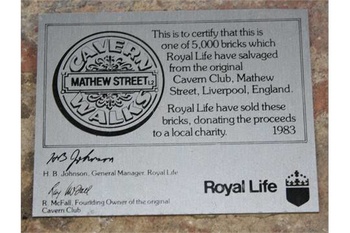 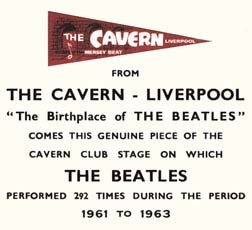 Here is a piece of a brick from the Cavern Club...where he Beatles played appox. 292 times...between Feb. 1961 and Aug. 1963. During a restoration project, 291 bricks were removed...this is a piece of one of those bricks. Also included is a small piece of the Cavern Club stage. The stage was removed in Sept.1964 by owner Ray McCfall and sold to raise money for the Oxfam Hunger campaign in Liverpool.