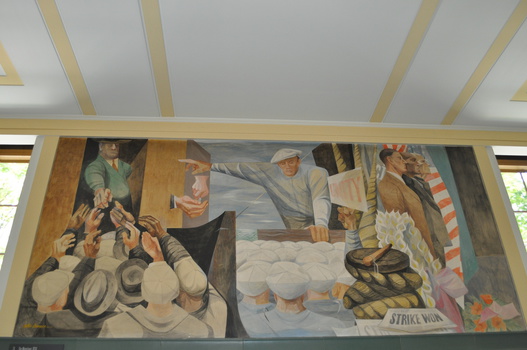 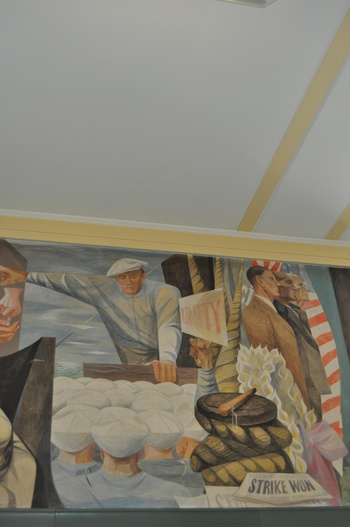 Who would think a food court would have such wonderful art? The Rincon Center in San Francisco is quite the exception. The former post office annex is home to 27 murals by Anton Refregier, a Russian artist commissioned by the WPA during the New Deal. The paintings course through the history of San Francisco and California as a whole.

The description provided by the post office for this mural, the 24th, is below:

24. The Waterfront: "This controversial panel depicts events surrounding the San Francisco dock strike of 1934. On the left, a shakedown operator demands bribes in exchange for longshoremen jobs. The center shows labor organizer Harry Bridges addressing dock workers. The right third refers to what is known as Bloody Thursday, July 5, 1934, when employers battled strikers to open the docks. Two longshoremen died and many on both sides were injured."

This is another panel that shows the political leanings of the artist, which infuriated conservatives after World War II during the red scare. Supporting labor often meant supporting Communism, which was a no-no.