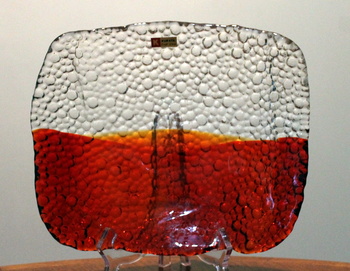 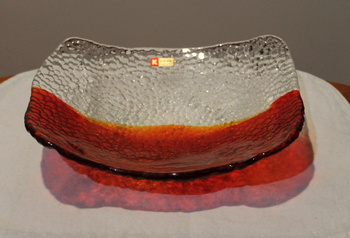 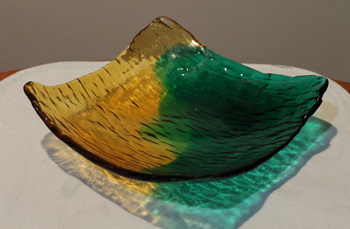 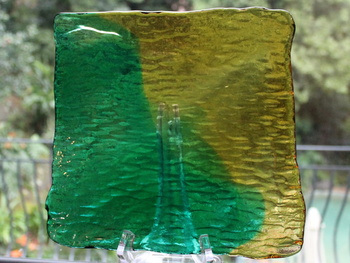 I have a few of these sushi plates from Kurata and although I don't use them on the dinner table often, they do seem to lay around here a lot collecting keys, and fruit, and things dug out of pockets like valve shims and lock tabs (yep, there is a mechanic living here!).

The green and yellow one shown here is almost square and has a moulded bottom surface with a ripple like texture. There is noticeable working to the edge and either this was made in a ringless mould or the glass was placed on a textured surface and later worked.
I have seen this particular pattern plate also in yellow and clear glass.

The red and clear plate is more rectangular and has a dimple finish on the back. Again the edge shows tool marks from being worked. I have only seen this pattern in red and clear.

I believe the yellow/green plate dates from the 1960s, and from it's box the red/clear later than that.

They are both around the 25cm mark in width.