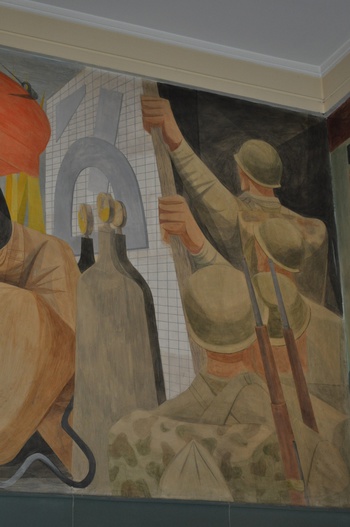 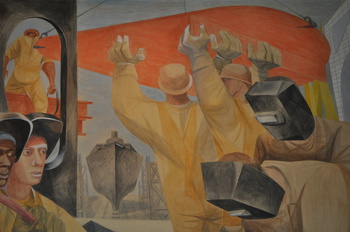 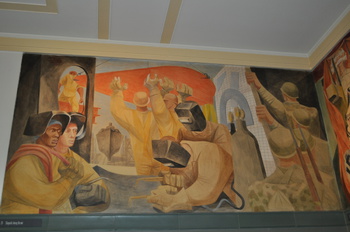 This eye-catching mural sits in the southwest corner of the Rincon Center is San Francisco. It used to be a post office, but is now a food court. The murals, painted during the New Deal by a Russian named Anton Refregier, remain. They tell the story of California from its inception through the completion of the series in 1948.

Here is the post office's description of this mural, the 26th in the series.

26. Shipyards During the War: "With the onset of World War II, shipbuilding; a major California industry during World War I, became important once again. By 1943, the shipyards employed over 282,000 workers, up from 4,000 in 1939. Henry J. Kaiser was the most important of the World War II shipbuilders. His assembly line operations produced a Liberty ship in 25 days and a freighter every 10 hours."

"The two workers pictured in the lower left corner of the panel are women."

THEY BUILD A FREIGHT SHIP IN 10 HOURS!! WOW!