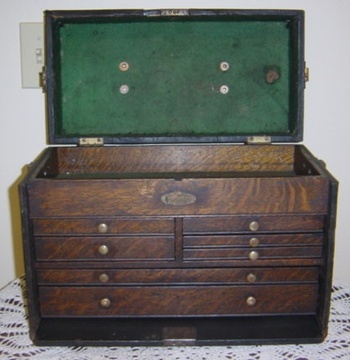 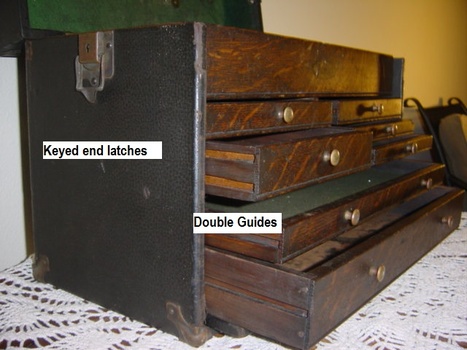 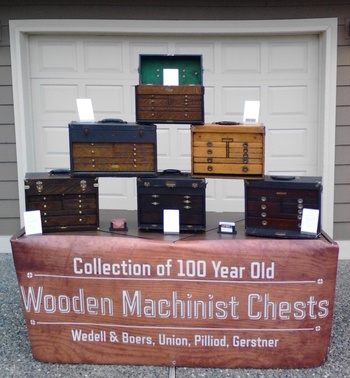 Thanks for your comments. Here’s the first one.
The top chest is a H. Gerstner & Sons, Style #41, Market Test Chest manufactured in 1912 – 1913. This is a unit they made to test the market for design acceptability prior to officially releasing the style in company brochures and for production. It has feature differences from the officially released units in 1914.
They started manufacturing portable tool cases in 1906. Their first chest release was in 1910 with a 4 drawer Style #14.
Tomorrow I’ll post the next chest, on the left side, under this one. It’s another Gerstner……Ted