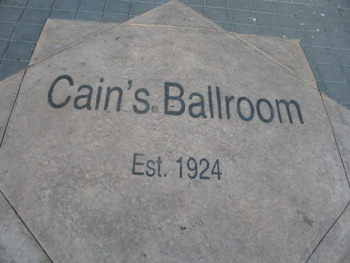 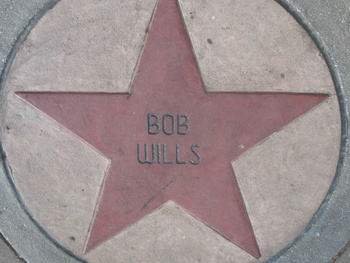 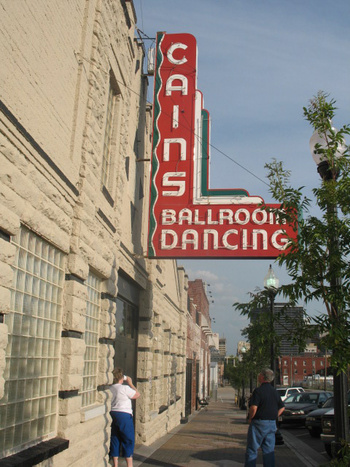 In Tulsa in the '40s, Cain's Ballroom was the place to be. My grandparents, I'm told, came here to go swing dancing every weekend. Not any kind of swing dancing, but "western swing," a special kind of country music that incorporated jazz, boogie, big-band swing, and rhumba sounds.

Bob Wills was known as the "King of Western Swing," and he took residence at Cain's for seven years, between 1935 to 1942, making Tulsa the capital of this new craze.

The historic ballroom, built in 1924, has a "maple, spring loaded dance floor designed in a 'log cabin' or concentric square pattern" lit by "a four-foot neon star and a silver disco ball," according to Cain's web site.

What makes me happy is that Cain's is no hollowed-out historic shell. "The Carnegie Hall of Western Swing" now hosts the biggest names in every genre imaginable, from country & western and jazz to indie rock, hip-hop, and even drag cabaret. Some of my favorite bands, like Band of Horse and Ween, are playing the same room my grandparents used to dance in 60 years ago.