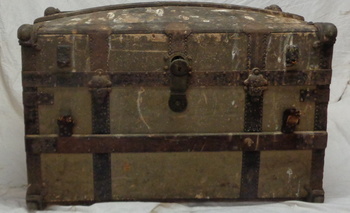 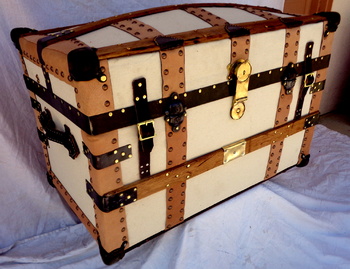 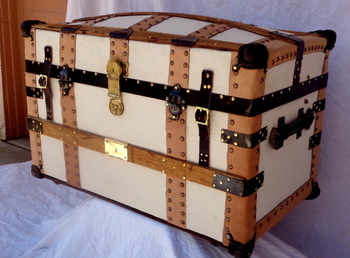 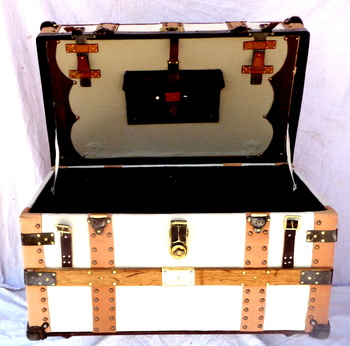 The owner of this trunk called a while back wanting a restoration and did what most do...sent a couple pictures and then we spoke about how she wanted it to look. I think she took the photos while lying on the floor and pointed the camera upwards because it looked HUGE. When it arrived ar our shop, we opened the box and there was this 2 foot high trunk. I had to look at the photos again to make sure it was the same trunk, and it was. Don't you think that it looks much bigger than 24 inches tall? OK, who cares anyway... The reason I say that it looks like it was buried is because it had all this gloppy slime on the outside and then the inside was filled with these cake-like honeycombs that were either nests for insects or zombie food. You don't want to know how horrible it smelled either. So, we gave it a bath, washed it real good behind the ears, rebuilt the inner lid compartment assembly, recovered it in canvas duck, used leather for binding to replace the stinky metal and then its OUTA HERE! We love performing restorations on really weird looking trunks like this one.