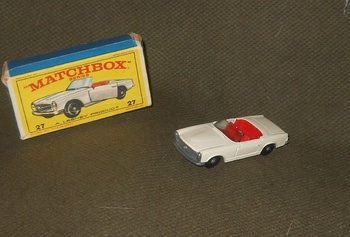 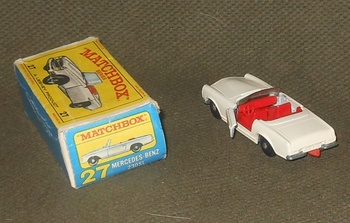 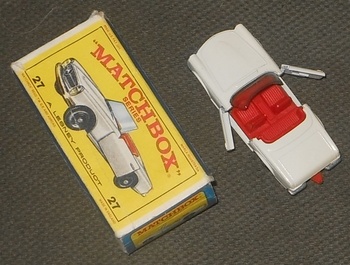 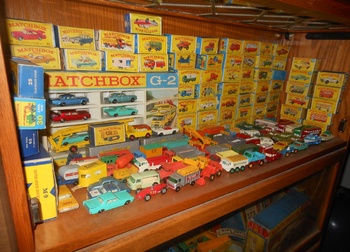 This is the Matchbox #27 Mercedes 230 SL. It was the fourth #27 in the catalog and was first released in 1966. It lasted into the superfast era.
The box is the E box which was the type of box used in 1966 and 1967 which means this model was made in either 1966 or 1967.
The color on this is cream although it looks white. The opening doors are the big feature for this. It has good detail and I think is one of the more attractive models.