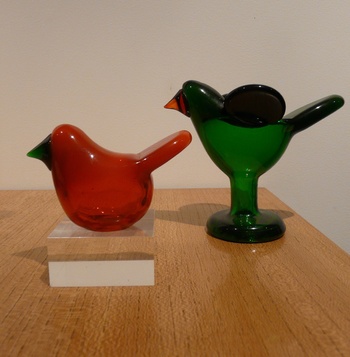 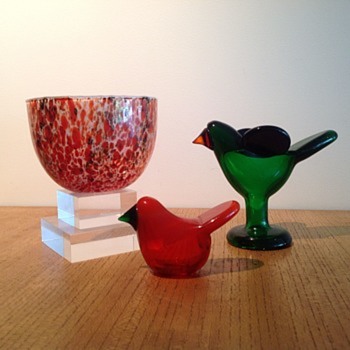 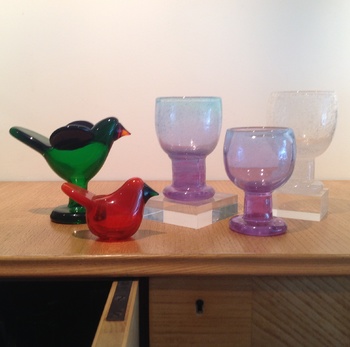 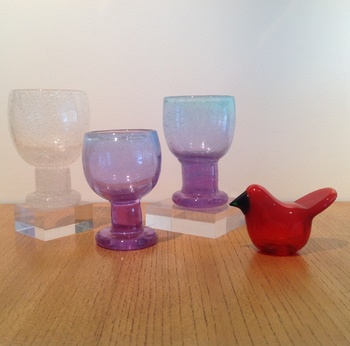 Both of these birds are by Oiva Toikka.
Both are signed Oiva Toikka Nuutajärvi Notsjö .
They date to around 1972.
The larger one, the green sieppo was one of my first Finnish pieces.
The second little flycatcher was bought some time later.

I liked the way that these pieces were signed.
"Signed = good" was one of my mantras in those days.
That was probably a mistake! I should have trusted my taste, my "eye"
But I still like these little birds. They were among his earliest.

Professor Oiva Toikka is one of the greatest names in Finnish glass.
He has created over 500 variations of glassblown birds. Collecting Toikka glass birds has become an international activity, with rarities being as eagerly tracked down and talked about as their real equivalents in the ornithological world. These days the birds are produced by Iittala.