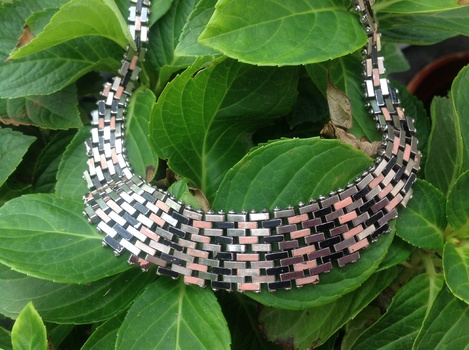 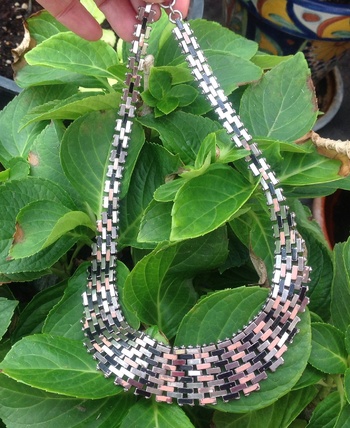 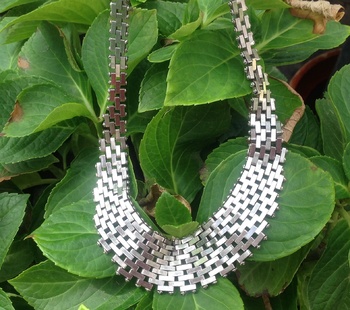 I was so lucky to buy this at a fantastic price. As soon as saw this I thought of Jabob Bengel. The construction of this necklace reminds me of his brickwork design. Reading about this design it was a complicated method with the cold painted colours. This one as a black and a pinky colour, you can see some wear to it. The beauty of this necklace is that you can wear it on both sides.
Jakob Bengel began making watch chains in his factory in Ida's-Oberstein, Germany in 1873. The chains were made from silver, brass and other alloys known as Tombaugh and double Americaine. He was a success and in the 1920s went on to producing geometric costume jewellery using chromed chain, tubes, findings and Galalith ( this is a type of early plastic similar to Bakelite and Catalin).
The majority of Bengel jewellery is unsigned/unmarked ( the Bengel Mark is a pyramid stack of cannon balls and a cannon) especially those that were exported. In some cases because of Germany's lack of popularity in the 1930s, items exported to France were marked Made in France.
The factory closed on the out break of World War 2 in 1939 and lay closed and undiscovered until 2001 when collectors discovered the factory and its catalogues.