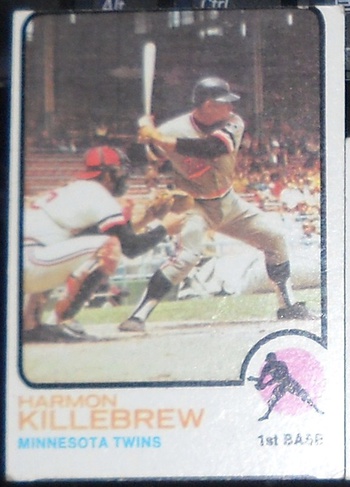 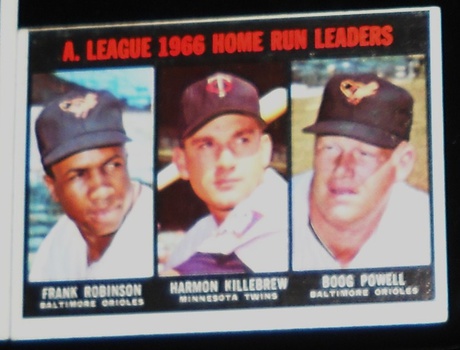 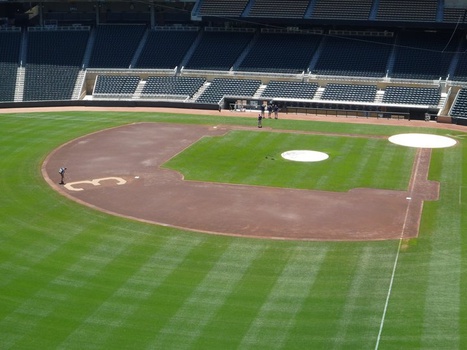 Harmon Killebrew, the affable, big-swinging Hall of Famer whose tape-measure home runs made him the cornerstone of the Minnesota Twins and perhaps the most popular player in the team's 51-year history, died Tuesday after battling esophageal cancer. He was 74.

The Twins said Killebrew passed away peacefully at his home in Scottsdale, Ariz., with his wife, Nita, and their family at his side. He announced his diagnosis just six months ago, and last week Killebrew said he was settling in for the final days of his life after doctors deemed the "awful disease" incurable.

Killebrew is 11th on baseball's all-time home run list (8th on the list of players never connected with steroids) after an exceptional 22-year career. His eight seasons with 40 or more homers is still tied for second in league history to Babe Ruth, and his uppercut swing formed the silhouette that inspired Major League Baseball's official logo.

The cards above are his 1973 Topps card and his 1967 Topps AL home run leader card, he came in second that year, with 39 home runs. I never met the man, and I am too young to have seen him play, but what he meant to the state of Minnesota, the game of baseball and millions of baseball fans, was not lost on me. He will be greatly missed.