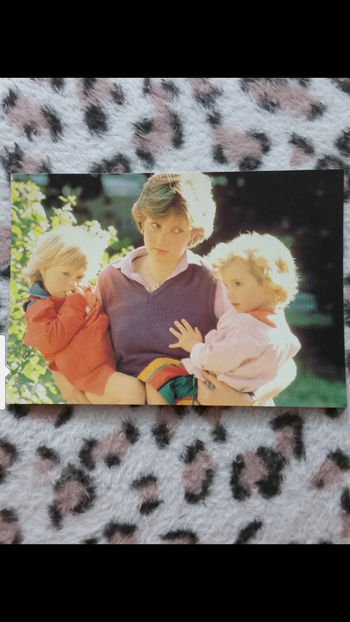 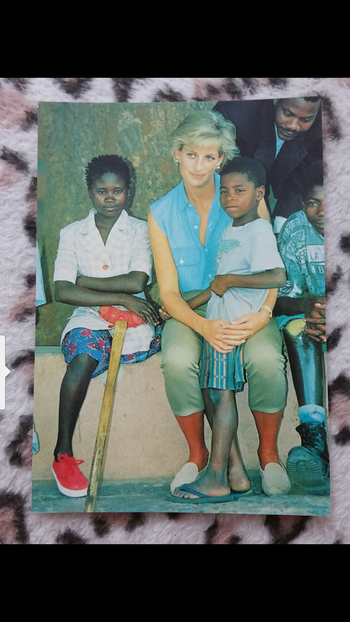 At the back of the first postcard is written
"A shy Lady Diana Spencer poses for pictures outside the Young England Kindergarten in Pimlico,London-September 1980"

The second postcard
"Diana,Princess of Wales on a four day visit to Angola to publicise the Red Cross campaign to outlaw landmines worldwide-Jan 1997"