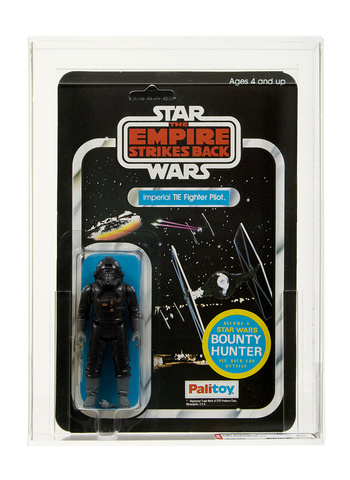 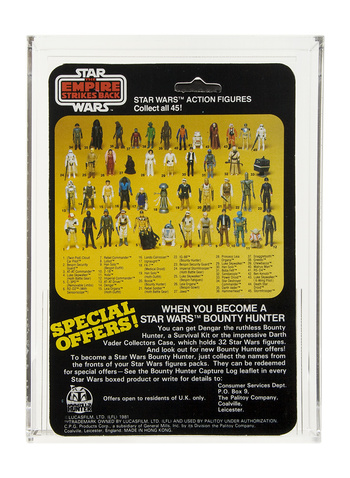 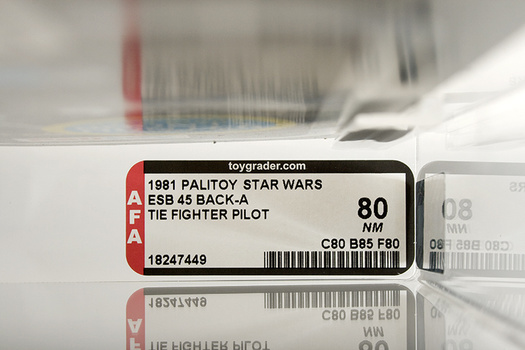 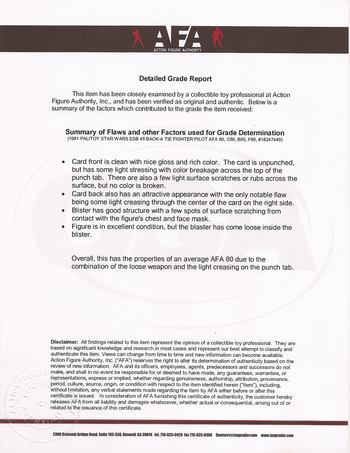 This is an Imperial Tie Fighter Pilot action figure from the Empire Strikes Back collection from the original Star Wars trilogy. This figure has been graded by the Action Figure Authority (AFA) at toygrader.com, where it has attained the grade of 80 which is a near mint standard.

The card type that this figure is mounted on is termed as a 45 Back-A meaning that it has the 45 figures that were available at that time displayed on the card back. There is often slight variations on the cards throughout the series production, these are defined by letters with A representing the first card type variation released on the production line.

The Palitoy 45 Back-A card like this one, is less common than the slightly later 45 Back-B cards. The main differences between the 45 Back-A cards and the B cards is that the B cards didn't have the Palitoy Logo on the front and were often without special offers and promotions printed on the cards.

A scanned copy of the Detailed AFA Grade Report for this item is pictured on this listing. It goes into detail about why this example attained the grade it did and what notable flaws prevented it from attaining higher.

Thank you for your interest.