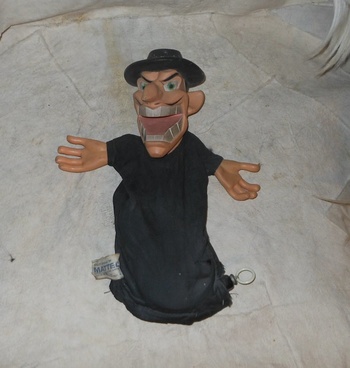 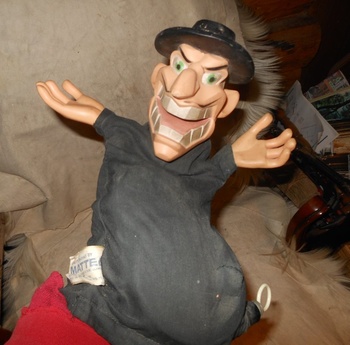 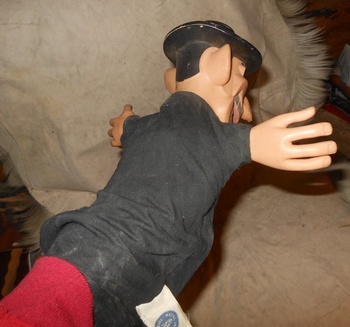 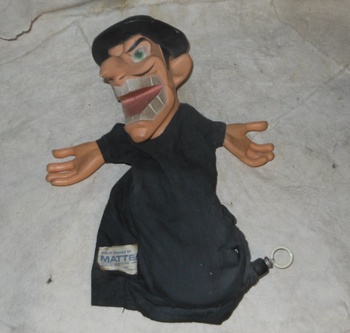 This is something I have had since I was a little kid. Had it so long I don't recall when I got it. This came out around 1962.
Dishonest John was Beanie and Cecil's arch enemy from the Beanie and Cecil cartoon show from the 1950s.
He doesn't talk very well anymore. He says" Ya Ha Ha" and "unhand me you cad" and a few garbled phrases.
Mattel made several talking dolls around then most notably Chatty Cathy. Others include Bugs Bunny and Casper the Friendly Ghost. There were several others. 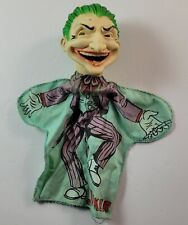 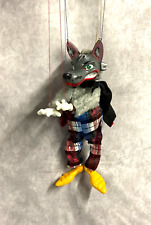