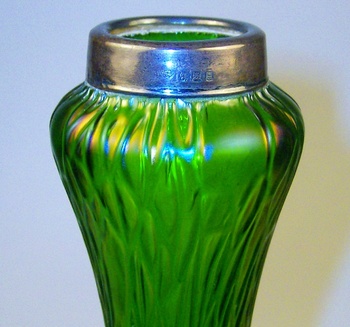 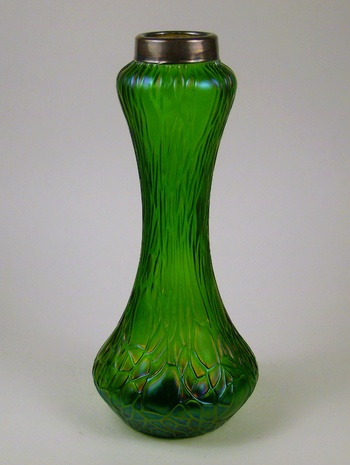 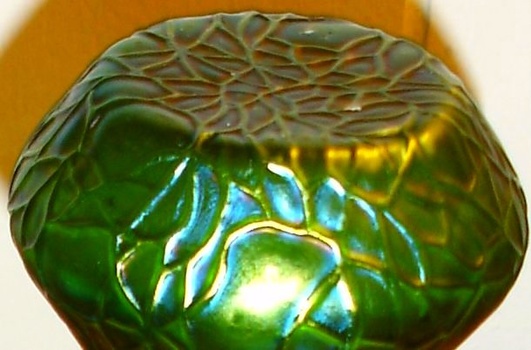 Though I originally thought this was perhaps Loetz Creta Chine, some knowledgeable folks opined that the piece is actually by Kralik in a variation on Martelé. Now, all I will say is that it is difficult to attribute the maker with certainty... regardless, it is a nice little vase. It stands 8" tall and is approximately 3" in diameter at the widest. The green base glass has a colorful metallic oxide iridescence. The surface has a threaded texture producing high and low points that catch the light. There is no pontil mark on the base indicating that it was blown from the top. I suspect there is a ground rim under the sterling collar. The collar itself bears British hallmarks indicating that it was added in London, 1922. The maker's mark is the later mark of John Grinsell & Sons. There are no markings to the glass itself, so perhaps that was imported before the laws requiring the marking of imported glass - at any rate, the glass had to be made no later than 1922.