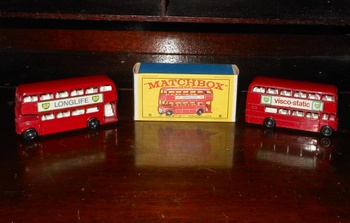 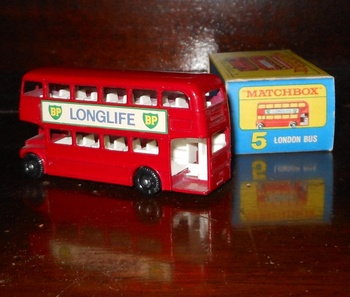 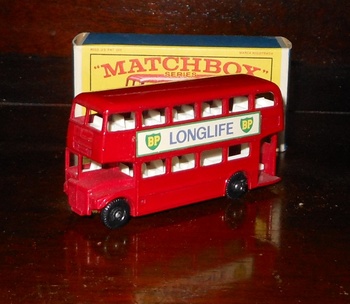 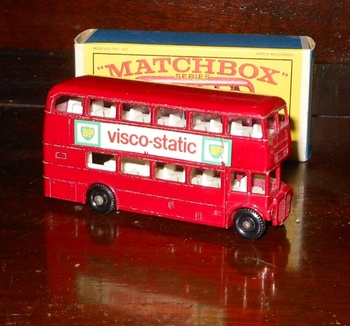 The famed Routemaster Bus. This was first released and sold until 1969 when it was replaced by the Lotus Europa. If anything is iconic the Routemaster is although Matchbox called it "London Bus" despite being based in England.
There were two versions made of this model, both with ads by BP. The first is the" visco-static" version and the second is the LONGLIFE.
The box is the E style so puts the LONGLIFE version at 1967. I believe the vicso-static is 1965-1966.