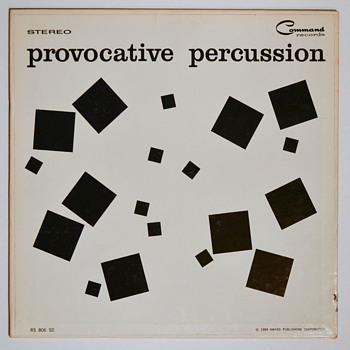 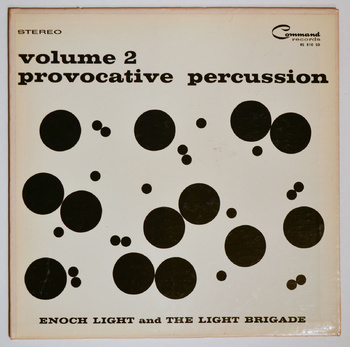 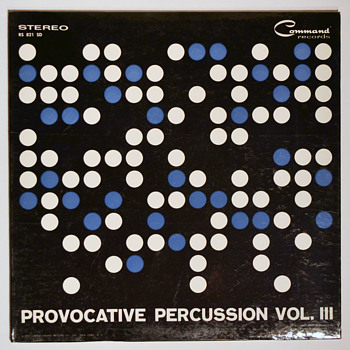 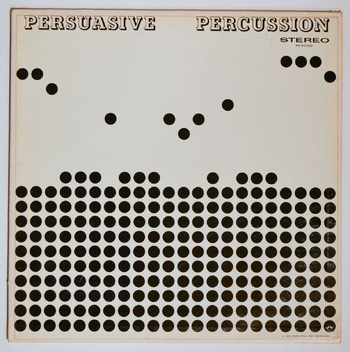 Recorded music fans owe more than they probably know to Enoch Light and Command Records. Enoch Light was a classically trained violinist. He had an incredible "ear". Throughout the Depression era he was bandleader for an upscale hotel orchestra and progressed to radio in the 1940s. It was during this time of music recording infancy that he became concerned with the quality of recorded sound. He experimented. He was an early developer of multi-tracking and was likely the first to use that ricochet stereo efffect so familiar to Pink Floyd fans. If that wasn't enough, he also invented the gatefold album.

In 1959, Light created Command Records and released what is likely the first audiophile record - PERSUASIVE PERCUSSION by Terry Snyder and The All Stars (pic 4), a line-up including Tony Mottola, Dick Hyman, and Stanley Webb, among others. This was followed closely by PROVOCATIVE PERCUSSION by Enoch Light and The Light Brigade (pic 1), an expanded version of the same line-up. Light sold the company in 1964 - the label lived on but audiophile releases stopped.

It's hard not to imagine that it also was Light's decision to use, for the time, avant garde graphics to grace the album covers. The choice of Joseph Albers designs for these four gives them the sense of awareness of the rise of technology.