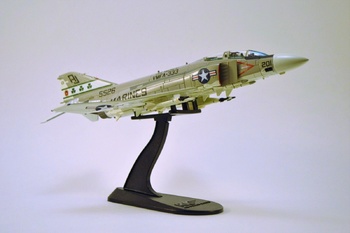 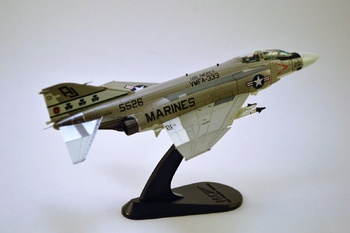 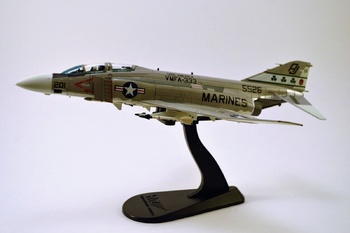 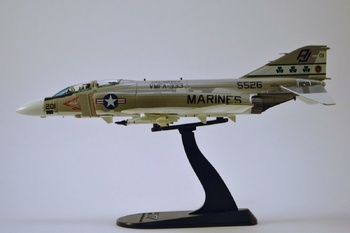 Hello Fellow Collectors. Before being transferred to VMFA-451, I served with VMFA-333. Here is a die cast model of one of those A/C and a little history about this particular bird:
On September 11, 1972 4 F-4J Phantoms of VMFA-333 (Shamrocks) from USS America (CVA-66) came across a Mig-21U with a Russian pilot and a Vietnamese student. Because of his experience the Russian pilot was able to out maneuver 3 of the 4 Phantoms but he wasn't so fortunate with the 4th. The 4th F-4J 155526 was crewed by pilot Major Lee T. Lasseter and RIO Captain John D. Cummings. The Mig-21U was flying north trying to lead the Phantom into SAM territory but the Phantom managed to shoot the MiG-21 down. The Russian pilot managed to eject but the student didn't. This would be the only air-to-air victory of the war by a Corps aircraft. Moments later south of Haiphong Harbor Lasseter and Cummings were downed by an S-75M Dvina (SA-2) missile.