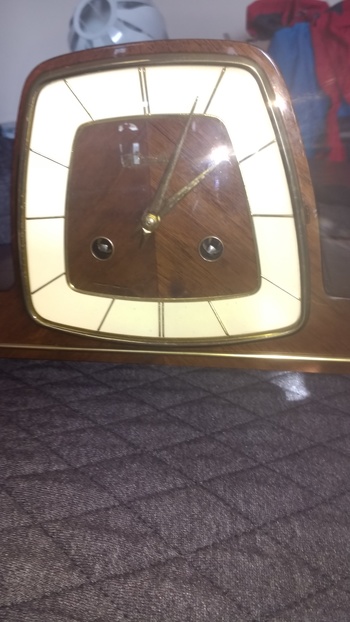 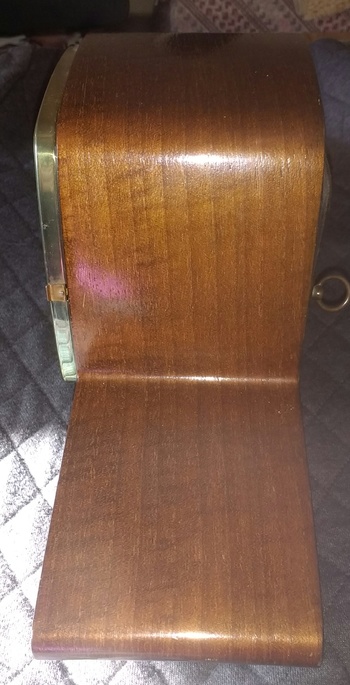 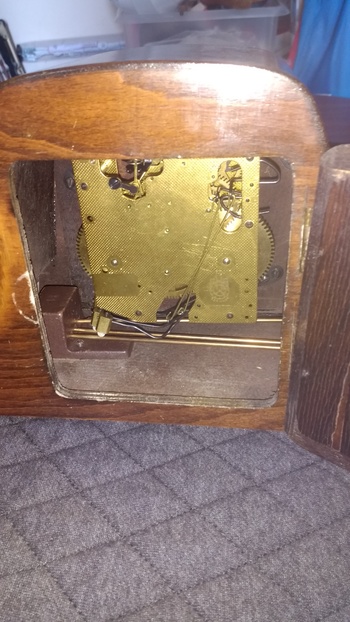 Found this in an Antique Centre, fell in love at first sight, listened to its odd ticker and its bongs and then paid a huge sum before sense prevailed!

Its a German made with a German movement. Made during the 70s but I believe it was influenced by a touch of Art Deco. Long case but horizontal and not a pendleum but a balance so it does not need a flat surface to work. 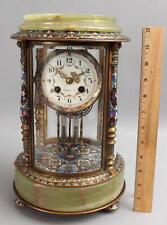 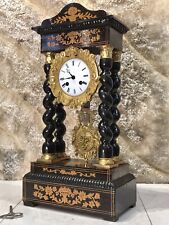