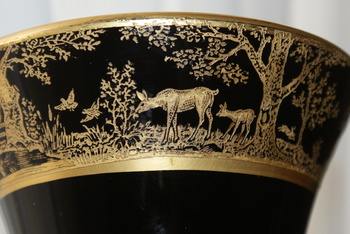 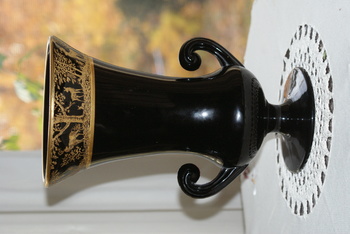 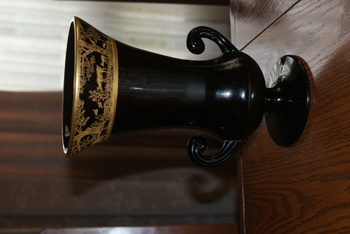 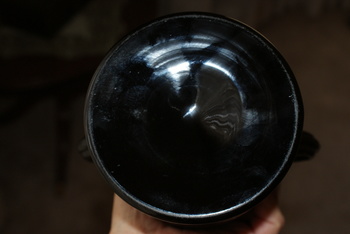 Although I am cutting back on buying anything other than jewelry, I had to have this vase. It is in perfect condition except some very light wear on the gold rim. I have spent hours to look for one like it on line but so far no lack. What I found was one listing of what appears to be the exact shape of my vase that stated it was a French Art Deco vase. This vase had only some golden rims. Then I checked for "deer" or "forest" and even "Black Forest" and "etched and gilded rims" and didn't find a match either. I also checked out American makers, but non of the examples seem to match my vase. The vase is made of thick black glass, probably pressed glass. I believed it could be amethyst glass but it doesn't allow any light through.

Any ideas on what this is would be greatly appreciated.