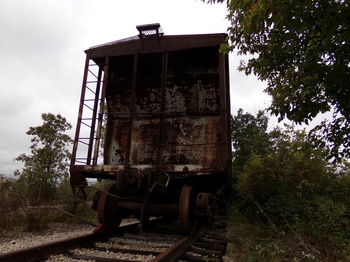 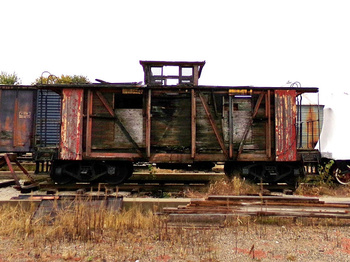 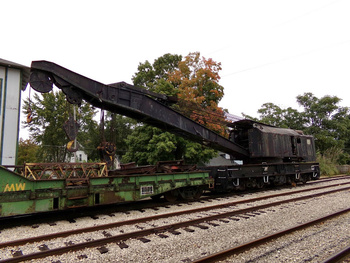 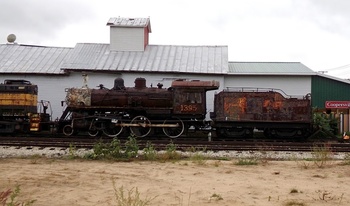 The first time I entered the town, I had the most eerie feeling of it. Not sure why, as it was just a quiet little town on a cold, gray morning. I made it through one of those horrid round-abouts, before which I never had to drive on one so confusing. They're growing in popularity here, but I think they're the worst thing.

Anyway, I was in the town that day without a camera-- something I regretted when I first saw the trains by an old station-turned-feedstore. A big old rusting steam engine and tender sat right by the road.

I had only found that part of town by chance, as I was just driving around and was beginning to think I should turn around when a small sign appeared. "<-- Downtown".

Alas, I neglected to bring my camera. So, I found an area to park and began walking toward the tracks where trains lie enrobed in rust.

I began walking toward a particular steam-engine and admired its beauty, even with the rust pouring down it like a waterfall tainted by fall leaves.

It was facing a bit newer train, which was across the tracks from the painted upper half of a building-- as for the whereabouts of the rest of it, I know not. And by that, a maintained and colourful steam-engine covered in tarps.

I continued walking, daring to not go too close lest someone show up and have me arrested.

I continued on the rails and encountered an ancient and yellow "American" steam shovel, the bucket of which was lying on the opposite side of the tracks. It was near a black logging transport still hooked up to cars of various railroads, the cars all weighed down with old creosoted ties.

Around me were various other trains and train-cars, including the cutest little mini-train that must have pulled cars hither and thither for the railyard.

Most of these were in states of decay, having long sat unused and always having been cosmetically poorly maintained. Shattered glass, gouges, rust, flaking paint, etc.

I continued on a ways but decided I'd not go on to what looked like a most fascinating train buried in a mass of trees bordering its sinking rails far down the way.

As such, I turned around and walked toward a string of maintained train-cars turned into some kind of museum and an enormous black steam-crane once used to pick up heavy loads and derailed cars.

As I was walking by what I think was a museum, what sounded like an air-raid siren suddenly caused me to jump out of my fur (cuz, you know, I'm Spirit BEAR) as it blared practically right in my ears from the building.

I almost left as I thought it was directed at me, but still I had not seen a single person and only a couple vehicles driving by. But, I continued on to the crane and left, only to return for part two. 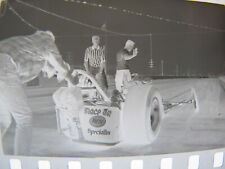 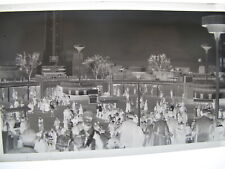