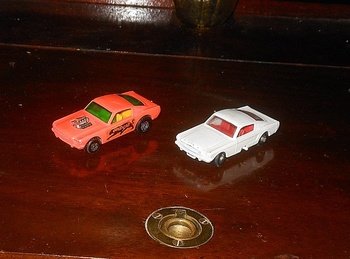 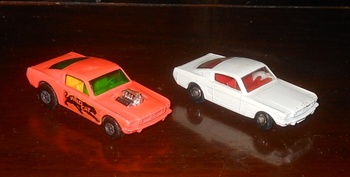 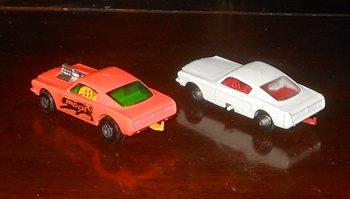 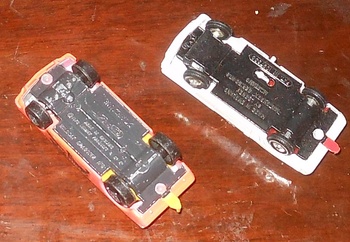 Special thanks to Caperkid for sending me the Wildcat Mustang which is making its second appearance on CW along a earlier version.
I believe this is a model of a 1965 Mustang, could be a 66. This model was first released in 1966, The white one is the original version. It had a steering mechanism at the bottom of the drivers door. This was the only Matchbox model that had this feature. It is a bit unattractive and the switch was replaced by the unseen "auto steer" in other models.
In 1970 the Superfast version was released. The steering mechanism was removed and replaced with non steering thin wire axles as seen in the Wildcat version. The version released in 1970 did not have the exposed engine of the Wildcat or the stickers on the side. It was a hybrid. The Wildcat version was released in 1971 and I think it won of the best of the Superfast models and worthy competitor of Hot Wheels.