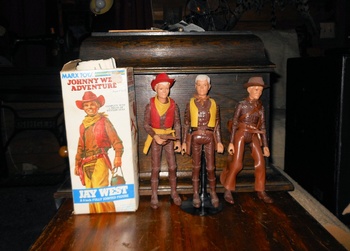 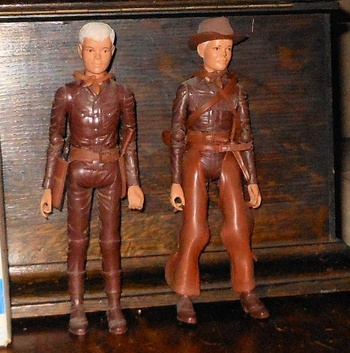 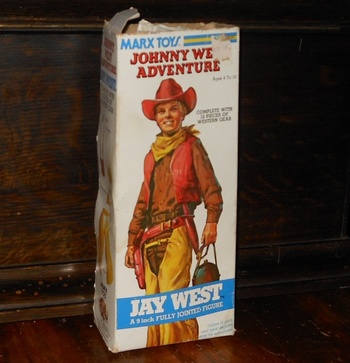 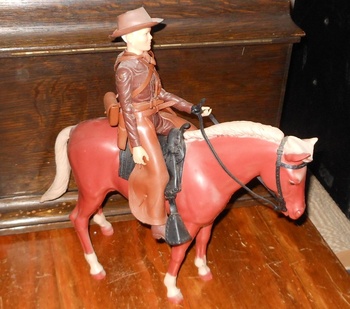 These Jay West Figures are from the Johnny West Adventure Series aka JWA. It is the last of the line for the Johnny West series of figures sold from 1975-1977. Although being the newest of the American made figures they are the most valuable along with the Canadian figures molded in a black body. These were molded in a dark brown body. Previously Jay West (Johnny West's son) was sold only with the snap shirt body but it was about half and half for the snap shirt torso and the fringe shirt torso that had normally just been used for Jamie West.
In this series Jay came with soft plastic yellow and red accessories. Half would be red and half yellow. The colors tend to be bright so mine are mostly outfitted with the brown of the original Jay West figures.
I have the box for this one which is probably the most valuable piece.
I think I have 2 more figures from this line to share and then we will move on to Captain Action.