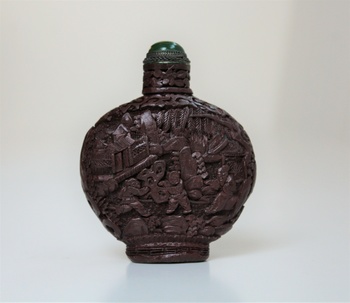 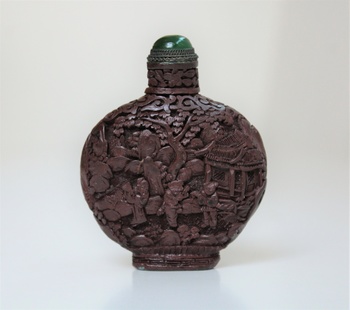 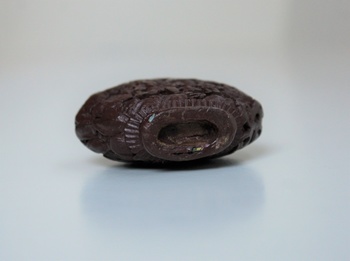 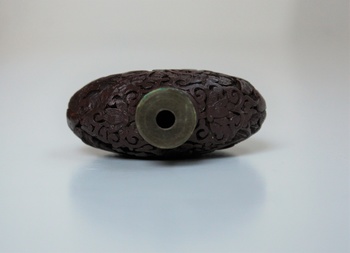 This is my first "real" cinnabar bottle. The bottle was formed on a metal base - it appears to be bronze and has a good bit of patina. I know the base is all the way through the bottle because I used my rare earth magnet on it and it stuck everywhere. The reason I say that is because a lot of the plastic bottles on the market just have a bit of metal at the top and bottom and were not formed on a metal base. You can also see the metal at the base where the cinnabar has unfortunately cracked, showing the base bottle beneath.

The bottle is not in the best shape. In places it looks like the lacquer has melted, and in other places you can see how worn it is.

Organic lacquer is formed from a natural resin. The most common source is the sap of the so-called lacquer or lac tree (Toxicodendron vernicifluum), which grows in central and eastern Asia. Once removed from the tree, the sap hardens when exposed to air.

On this bottle I can see the layers of the lacquer in the cuts and can see concentric rings in the angled cuts.