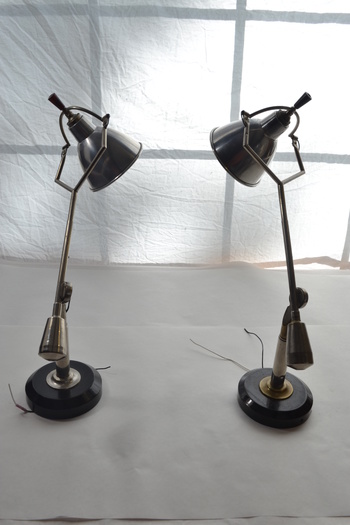 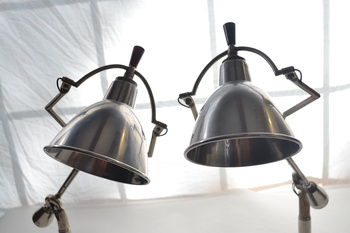 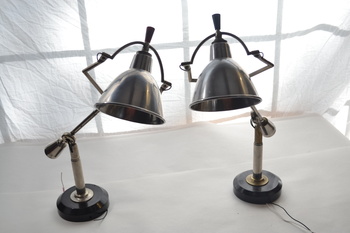 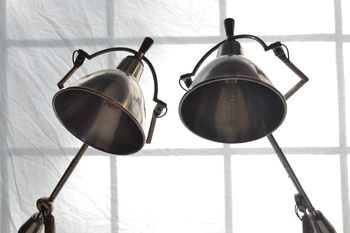 Edouard Wilfred Buquet lamps are probably the most sought-after French Modernist lamps of the Art Deco period. It is designed like a Calder mobile as its arm is fully balanced by adjustable weights. It was designed in 1927 and patented. It was then produced by Buquet himself until the end of the 30's. Examples were displayed in the 1929 Salon d’Automne.
It is made of nickel plated brass, the base is made of ebonized wood (relacquered). It is signed under the base with the typical Buquet metal plate marked: "BUQUET Bte? SGDG Paris". This is an original piece (circa 1927-30).
Adjustable “Type A” counterbalances table lamps in nickel-plated metal and aluminum with a wood base by Edouard Wilfred Buquet, France, circa 1927.
This lamp has the very rare, wall or table mount brass base.
Originally mounted to a credenza between two sofas.
Not restored, in original condition.
Dimensions
22 in.Hx21 in.Wx5 in.D
56 cmHx53 cmWx13 cmD