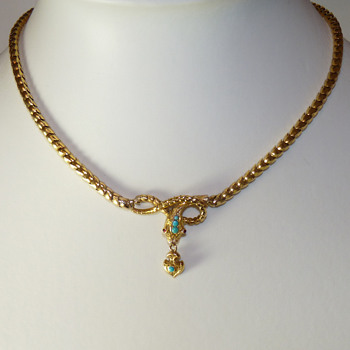 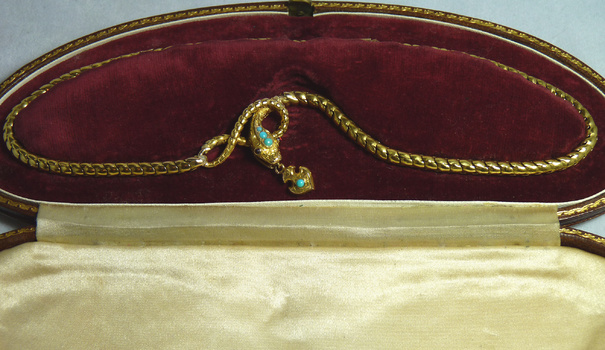 I recently heard a program on public radio about Christmas traditions saying there used to be a snake decoration in every Christmas tree. It reminded me of this snake who hasn’t had an outing for a while.

Luckily there are no snakes in New Zealand so we’re safe.

A more focussed search found that Victorian Christmas trees always had a snake decoration as a reminder of the Garden of Eden, and these snake decorations would have clown faces so children weren't scared by the snake. Pity the poor children scared of clowns AND snakes!

Our snake is not at all scary, and it seems like he was meant to be with us.

He came to us during the last great gold melting craze. I saw him in the window of a gold buyer who told me he was too nice to scrap and when I asked the price he offered up a pretty reasonable figure. I didn’t have the funds and had to pass but a few weeks later realised the wife had a birthday coming up and called up to see if he was still there.

The deal was done, but the seller rang back most embarrassed, he couldn’t find it. The search went on for months and I gave up. However a year later, just before her next birthday he called me up, the snake had been found in an ice cream container of scrap in the back of his safe, did I still want it?

I was keen because I’d researched these and found out they’re very collectible and worth a pretty penny. Even better the price of gold had now dropped and I got it for the new lower gold price.

This one is in lovely condition, and has the original pointed tongue locket, complete with glass cover.

The punch line is I’ve just had it tested. The barrel clasp is stamped 9ct, and that’s how it was priced to me, however turns out the clasp must be a replacement, because the rest of the piece tested as 20ct gold.

A great Christmas present - this snake just keeps on giving, I think it's grateful for being rescued from the melting pot! 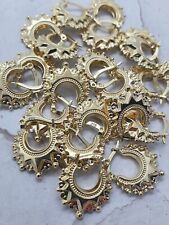 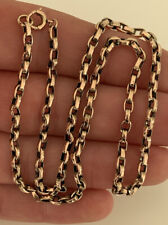 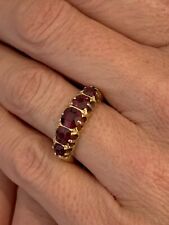 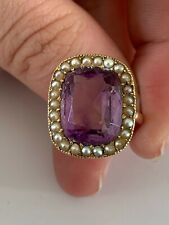